What’s in Store After the Boeing and Coronavirus Shocks?

During this record-long expansion, now in its eleventh year, the economy has struggled through seven episodes in which its growth engine has downshifted sharply – to about 1 percent or less for a given quarter. These occurrences were usually brought on by some external shock – a government shutdown, a sovereign debt crisis, a severe energy slump or some geopolitical event. In every case, growth rebounded to at least the pace that prevailed prior to the setback once the shock wore off. In the most recent example precipitated by the government shutdown in late 2018, GDP snapped back from a 1.1 percent growth rate in the fourth quarter of 2018 to 3.1 percent in the first quarter of 2019.

By all accounts, the economy is sliding into another soft patch during the current quarter. 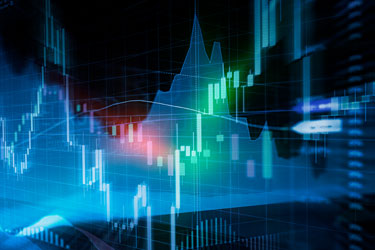 It’s still early and January is the only month for which data are yet available. Yet the signs are pointing to another slowdown to 1 percent or less during the January-March period, down from 2.1 percent in each of the previous two quarters; this would be the weakest quarterly performance since late 2015, when a severe slump in oil prices sent growth tumbling to 0.1 percent in the that year’s fourth quarter.

The main catalyst for the current setback is the suspension of production of the Boeing 737 Max aircraft, prompted by two deadly crashes, which is causing widespread production cutbacks and layoffs among some 600 firms that supply parts to or are otherwise linked to the giant aircraft manufacturer. The shock is expected to slice as much as 0.5 percent from a first-quarter growth rate that was already slowing from last year’s pace. While the limited trade truce with China signed on January 15 should offset some of the blow, its potential boost is undercut by a new shock: the spread of the coronavirus, which has seriously damaged global growth prospects. As with past episodic shocks, we expect the U.S. economy will weather the external headwinds this time as well. But don’t expect a V-shaped rebound in activity like those that have followed past setbacks. The economy’s loss of momentum is rooted in more fundamental forces that will not be easily reversed.

At first blush, the economy appeared to have overcome the headwinds that battered growth late last year, most notably the trade war with China, which many thought would stifle activity in the final quarter. But the preliminary GDP report revealed that the economy expanded by a solid 2.1 percent during the period, which is spot-on with the third quarter, suggesting that activity was cruising into 2020 on an even keel. But the headline growth rate is deceptive, as fully 80 percent of the advance reflected a plunge in imports linked to the trade conflict.

Since imports account for less than 20 percent of GDP, that’s clearly a case of a sector punching well above its weight. But take out the volatile components of trade, inventories and government spending, and you are left with a private sector that is punching well below its weight. Final sales to private domestic purchasers increased at the slowest pace since 2015, rising by a timid 1.4 percent annual rate.

Part of the blame rests with consumers who have been doing most of the heavy lifting since the expansion began nearly 11 years ago. In the final quarter, however, they showed some fatigue. Personal consumption advanced by 1.8 percent, down from more robust growth rates of 3.2 percent and 4.6 percent in the third and second quarters, respectively. Importantly, consumers are not busting out as the calendar turns to 2020. In January, retail sales increased by a modest 0.3 percent and the key control group of sales that feeds directly into the GDP accounts showed no growth at all during the month.

Down But Not Out

It would be premature to count consumers out based on their recent listless behavior. To some extent, the fourth-quarter slowdown in spending occurred because households pulled forward purchases into the third quarter to avoid higher prices associated with an expected increase in tariffs. Consumers may also have turned more cautious late last year in response to alarming headlines regarding the trade war, which stoked fears of a sharp economic slowdown and layoffs. The phase-one trade truce with China should put some of those fears to rest.

What’s more, the fundamentals underpinning consumer spending appear solid. The economy continues to generate new jobs at a healthy pace, the unemployment rate is at historic lows and incomes are growing. Balance sheets are also in good shape; assets are appreciating, debt as a percent of income is down significantly since the financial crisis, the personal savings rate is near the high for the expansion and household confidence remains elevated.

Simply put, there is little reason to think that consumers are about to go into hibernation. As long as they keep their wallets and purses open, the economy should be able to survive the shocks that are currently dragging down growth. The first quarter may not look pretty, but consumers have enough firepower to keep the economy afloat. Assuming the coronavirus does not morph into a global pandemic, a gradual, modest rebound in activity is poised to take place over the spring and summer months. But what can we expect after the shocks from Boeing and the coronavirus fade?

Not Back to the Future

As noted earlier, past experience suggests that the economy would snap back, as households make up for delayed purchases and businesses rev up production to accommodate stronger sales and to rebuild inventories. But that would probably be a misguided hope this time. Just as the headline growth in GDP last quarter overstated the economy’s underlying strength, the consumer fundamentals outlined above are not as solid as they appear on the surface.

For example, while overall balance sheets appear to be in good shape, pockets of distress are 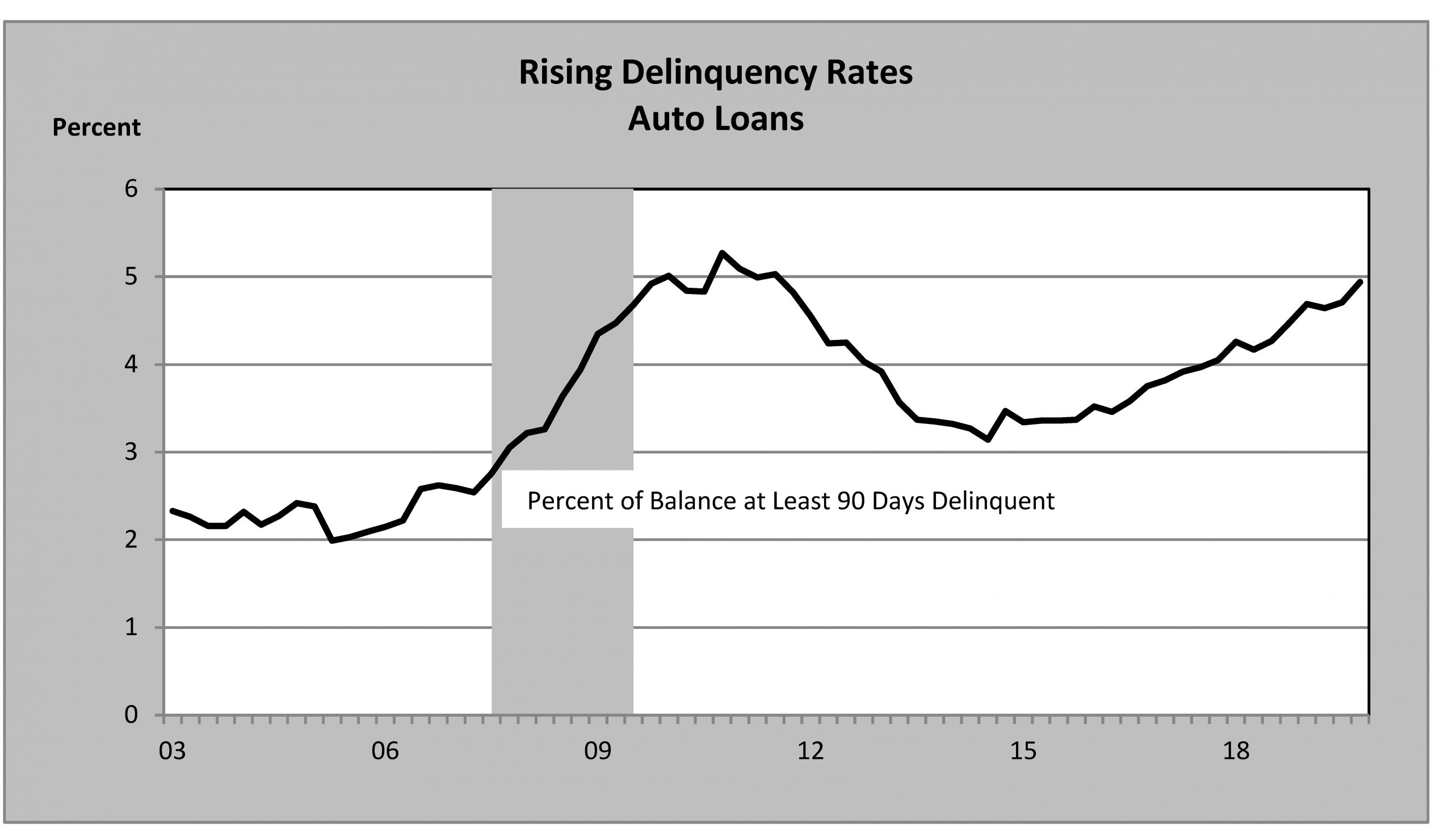 clearly evident. Debt burdens have been brought down for the population as a whole, but many consumers overextended themselves to finance purchases. This is particularly true for younger borrowers and purchases made with credit cards and auto loans, where delinquency rates are rising rapidly. And while national balance sheets have improved considerably during the expansion, the gains have gone mostly to wealthier households that benefited from the robust increases in stock prices.

The same unbalanced trend is true among savers, as the top 20 percent of the population account for virtually all of the savings in the U.S. The rest are living paycheck to paycheck and doing most of the borrowing. With an increasing share of auto loan and credit -card borrowers falling behind in their payments, borrowing and hence spending are poised to slow until debt-servicing burdens are reduced. Even if the appetite to take on more debt remains strong, lenders will not be as accommodating. According to the latest Federal Reserve survey of senior loan officers, banks are tightening standards on credit cards and auto loans.

It’s possible that households will outgrow these restraints if income growth accelerates over the second half of the year. That would make it easier to service outstanding debt and provide more households with a bigger savings cushion to support higher spending. But despite an unemployment rate that is near a 50-year low and a still solid pace of payroll growth, it is highly unlikely that wages will surge much beyond the 3.0 percent annual increases workers are currently getting.

For one, wage growth has already slowed despite the low unemployment rate. Since hitting a cycle peak of 3.5 percent last February, the increase in average hourly earnings has receded to 3.1 percent in January. Other measures of worker pay show a similar trend. The wages and salaries component of the broader Employment Cost Index – which adjusts for compositional changes in the labor force – plateaued at 3 percent in 2019. In all cases, the peak in wage growth during the expansion is at least 1 percent below the peak seen in past cycles.

The fact that wage growth has failed to accelerate despite a historically tight labor market seems puzzling to many observers. But the relationship between wages and unemployment has changed over the years, reflecting the diminished influence of unions, globalization and automation, each of which has weakened the bargaining power of workers. While these trends have been underway for decades, two other wage restraints have been especially prominent during the current expansion – low productivity and tame inflation, which give companies little room to absorb higher labor costs. Importantly, these restraints are not expected to ease up anytime soon.

Fed To The Rescue

The question then is: where will the catalyst for stronger growth come from after the shocks from the Boeing and coronavirus ends? No doubt, there will be some rebound in production as orders for the 737 Max aircraft resume. Likewise, global growth should recover after the virus is controlled as the constraints that are currently stifling travel, trade and impairing confidence are lifted. But these will be one-off boosters, not catalysts that would jump-start activity into a higher gear.

Keep in mind that the trade uncertainty that hampered growth last year has not been lifted. True, the limited phase one trade deal with China signed in mid-January eases some tension. But the U.S. still retains tariffs on two-thirds of Chinese imports totaling $360 billion. What’s more, the Trump administration is taking a hard line with other trading partners, threatening to impose tariffs on autos from Europe and Japan. Protectionist trade policy is one of the biggest sources of business uncertainty and a key reason for the lackluster investment spending in recent years. That is not likely to change anytime soon.

Rather than looking for a catalyst to jump-start growth over the second half of the year, odds are we will be searching for ways to prevent a relapse into a slowdown. No help will come from the Federal Government, which is hamstrung with trillion dollar deficits and a highly polarized Congress. Hence, the Federal Reserve will likely come to the rescue. The bad news is that with interest rates so low, it does not have much ammunition to rev up the engine. The good news is that it probably won’t require more than one or two rate cuts to ease the economy onto a soft landing.