Rocky Road To A Vaccine

Like his former boss, President Barack Obama, Joe Biden will be inheriting a damaged economy when he takes office on January 20, 2021. The Covid-19 pandemic has not only sent the nation into its deepest recession since the 1930s, it is leaving indelible scars that will restrain activity for some time to come. Worse, he will be moving into the White House just as a second wave of the virus is cresting, sending infection and hospitalization rates to daily records and prompting renewed lockdown restrictions throughout most of the nation. The restrictions so far are not as onerous as they were when the coronavirus initially struck in March and April but they are already having a chilling effect on activity, particularly on restaurants, bars, travel, and other service providers that rely on in-person transactions.

That said, Biden is also fortunate to benefit from some positive trends that should cushion the blow from the second wave and help keep the economy on the recovery trail. Most important is the development of a vaccine that could be delivered to a limited segment of the population within a few months and be widely distributed by the summer of 2021. That prospect is already boosting spirits on Wall Street, where stock prices shot up to new records in November following news by two major pharmaceutical companies that their vaccine trials are more than 90 percent effective. There is still a ways to go before herd immunity is realized and brings down the curtain on the health crisis. But with a finite waiting period now at hand, government officials are more likely to use the dial rather than the cudgel in applying lockdown restrictions, hoping to keep outbreaks under control while not fully shutting down the economy.

Whether that approach works remains to be seen. We are entering the cold winter months that force more indoor activities, thus heightening the risk of contagion. That risk looms larger as the holiday season approaches and people are complaining about pandemic-fatigue, raising the prospect of large gatherings of families and friends. If the virus spirals out of control over the final months of the year, the vaccine would not come in time to prevent harsh lockdown restrictions from taking place, possibly derailing the recovery. Increasingly, the so-called V-shaped recovery that many had hoped for is shaping up to be more of a Vaccine-shaped recovery.

Despite headwinds from the pandemic, election anxiety and enormous job 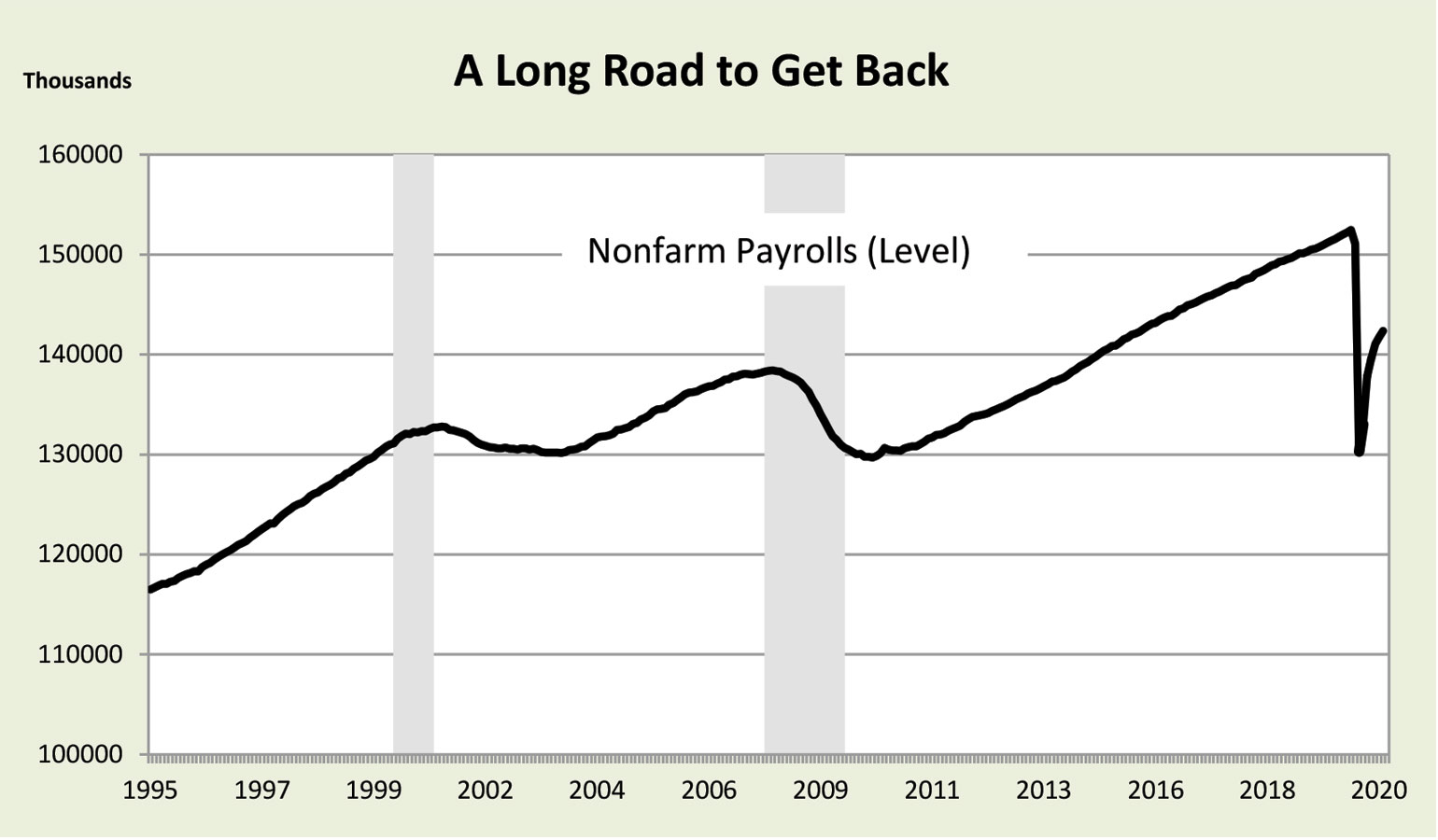 losses from the recession that have yet to be recovered, the economy has performed much better than expected over the past six months. The third quarter saw the strongest increase in GDP on record, job growth rebounded strongly, the housing market has been on fire, and households have kept their wallets and purses open. Although most economists were skeptical of the V-shaped rebound that some optimistic forecasters had predicted, the snapback in activity from the devastating plunge in March and April has certainly been impressive.

But while the strength of the snapback has been widely acknowledged, momentum is now fading, pointing to markedly slower growth this quarter and over the first half of next year. The reason: The juice fueling the rebound is running out. Most notably, the boost from the huge multi-trillion dollar fiscal stimulus created under the CARES Act is waning. The stimulus checks sent out in April and May have been mostly spent, and the $600 weekly supplement to unemployment benefits expired at the end of July. Meanwhile, 10 million out of the 22 million workers who were laid off in March and April are still unemployed and their odds of returning to the workforce are diminishing.

Indeed, even as the broad job market continues to improve, some disturbing elements are becoming more evident. Most of the job gains over the past six months have consisted of firms rehiring workers who were temporarily laid off due to the pandemic shock. But those who have not been called back are staying longer on the sidelines and running out of time to receive government unemployment checks. Individuals are eligible to receive up to six months of unemployment benefits from their states; after that they can apply for extended benefits under special pandemic-related Federal Programs created under the CARES Act, which were also expanded to include gig workers, self-employed individuals, and some others who are ordinarily ineligible for regular unemployment benefits. Those programs are set to expire at the end of this year.

If Congress does not extend these programs or replace them with new forms of financial assistance, the plight of the long-term unemployed workers would suffer greatly. The size of this pool of potentially disenfranchised workers is not only worrying, it is set to expand exponentially next year. As of late October, there were 21 million workers receiving unemployment benefits of any kind – from states and from the federal government’s pandemic relief programs. But over 60 percent of those recipients, or 13.6 million are in the federal programs that would be cast adrift beginning in 2021.

What’s more, many of the remaining 7 million or so unemployed workers receiving regular state benefits are edging towards losing their lifelines as well. That’s because they are staying longer on the sidelines. In October, half of the unemployed workers were out of a job for 19.9 weeks, the longest stretch of unemployment since May 2012 and more than double the average length over the past three years. By the time the calendar turns to 2021, these workers would have reached the cutoff mark of 26 weeks, assuming they have not found a job.

To be sure, more workers are being hired than laid off, which offers some promise that these job seekers would be able to regain a paycheck before the clock runs out. But net job growth has been slowing steadily and unemployed workers are facing stiff competition in their job search. More than 2 workers are vying for every job opening, according to the latest Labor Department data. That’s lower than it was when the pandemic shock vaporized more than 22 million jobs back in March and April, but it is more than double the pre-pandemic level.

It’s still uncertain whether Congress will agree on another round of stimulus that would help unemployed workers as well as the broader economy. Critics arguing against another dose of fiscal stimulus base their case on two events. First, they argue that more support may not even be needed, thanks to the muscular rebound in economic activity over the summer months. Their view is that the job market is healing nicely, which diminishes the urgency to throw more of a lifeline to unemployed workers. 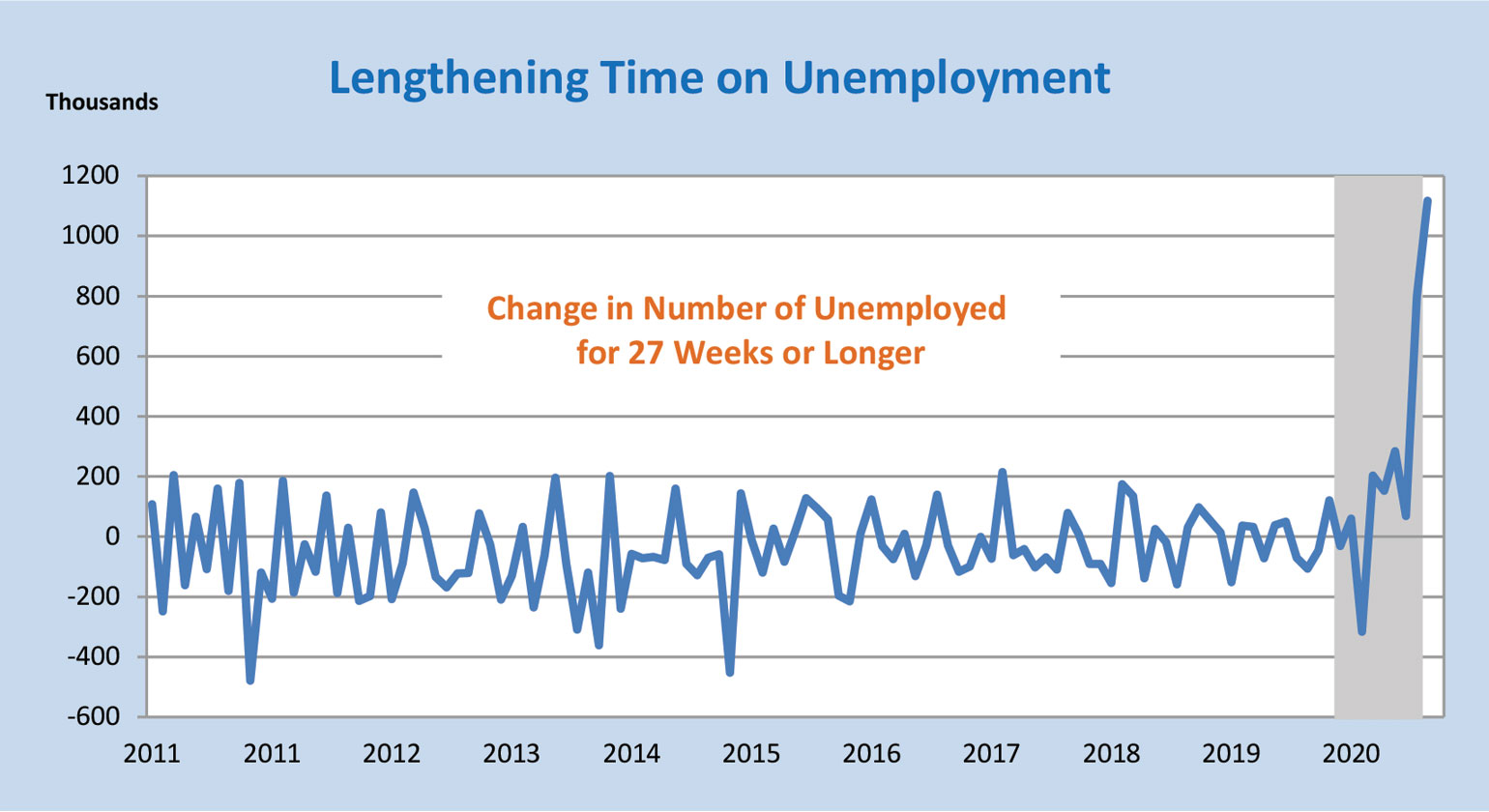 Second, some legislators are chafing over reports that the CARES Act provided unemployed workers with more income than they received while they were working. This, it is believed, not only provided more funds than were needed, but it also discouraged many workers from looking for a job, thus keeping unemployment artificially higher than otherwise. Take away the disincentive, they argue, and people would get off the couch and start working again.

While those arguments have some intuitive appeal, they do not hold up under closer scrutiny. For one, the primary catalyst behind the muscular rebound from the pandemic recession was the fiscal stimulus itself, which has just about petered out. Not surprisingly, the waning influence of the CARES Act is already sapping strength from the rebound, as the growth in jobs and consumer spending downshifted heading into the fourth quarter. Indeed, retail sales in October barely increased, suggesting that a not very cheerful holiday shopping season looms ahead. With regards to work disincentives, the fact that 80 percent of the temporary laid-off workers returned to their jobs rather than stay home and collect generous unemployment checks is a telling rebuke of that notion. Most people would rather be gainfully employed and have the security of a paycheck than the uncertainty of staying jobless after the unemployment checks stop coming.

Running Out of Time

No doubt, there is still some juice left to sustain the recovery even as the fate of another stimulus bill remains in limbo. Households, for one, have built up a huge savings cushion over the past six months, as spending on a broad array of services, including eating at restaurants, attending the theater, traveling, and other leisure activities, have been constricted by the virus. Hence, there is a considerable amount of purchasing power in the pipeline to sustain spending for a while longer. Plus, the pandemic unemployment programs still have another month to go, providing some income support to unemployed workers.

For another, president-elect Biden is inheriting a more favorable policy environment than his predecessor did during the Great Recession in 2008-2009. Not long after the Fed lowered interest rates to zero in December 2008 and Congress passed the Recovery Act providing a substantial amount of fiscal stimulus, policymakers were thinking of ways to reverse course. The Fed was determined to “normalize” interest rates and Congress shifted its focus towards reining in the budget deficit; indeed, the premature shift to fiscal austerity contributed to years of a lackluster recovery.

The policy environment now is much more supportive of growth. The Fed 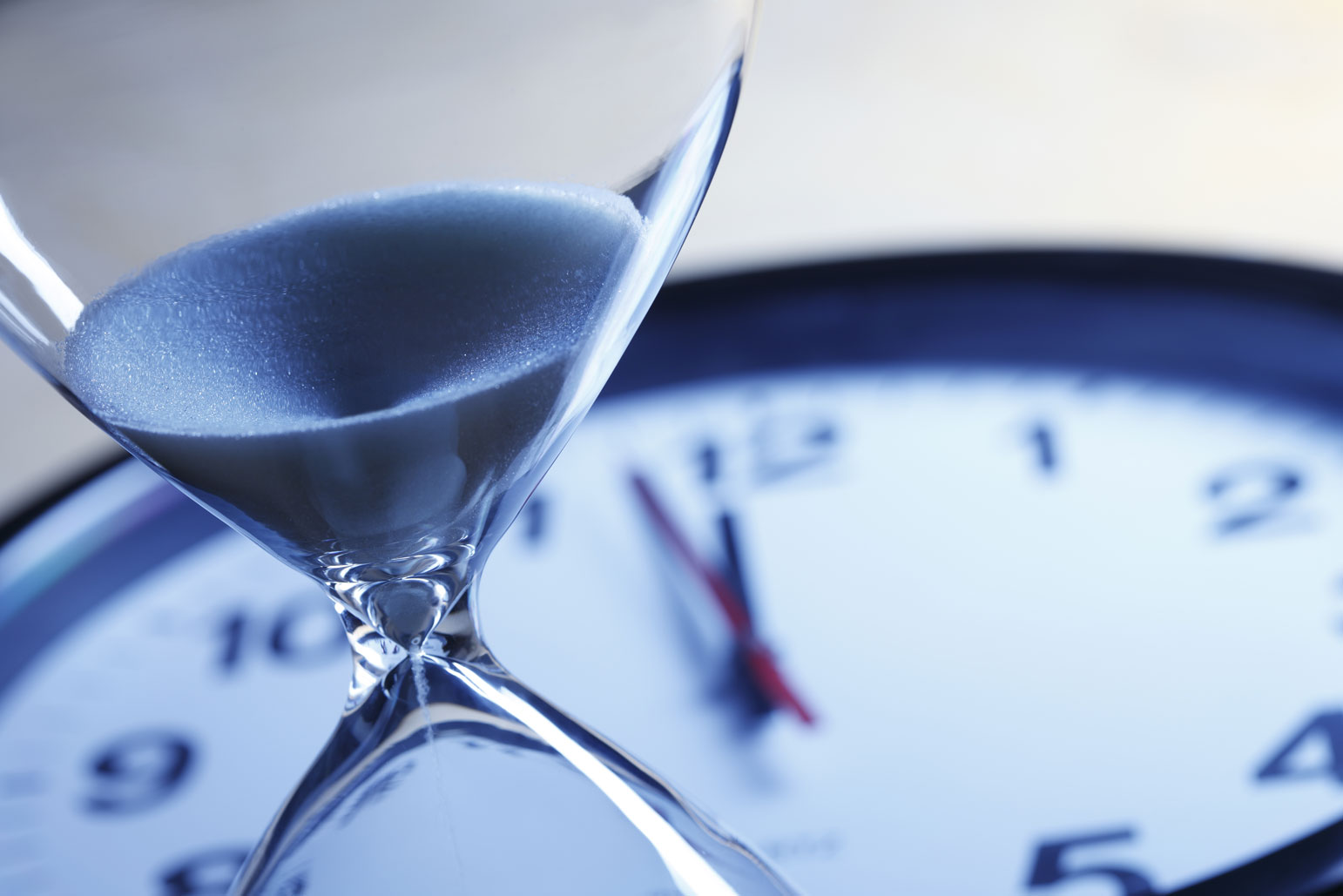 is intent on keeping interest low as far as the eye can see and is imploring Congress to open the spending spigot. And while a big stimulus bill advocated by the Democrats is not in the cards, there is a consensus among lawmakers that some additional relief will be needed, although it is unclear if anything will emerge during the lame-duck session. The good news is that the rapid progress on the vaccine front should jump-start the economy’s growth engine over the second half of next year. However, it would be a mistake to sugarcoat the near-term prospects: the U.S. health situation is going from bad to worse, with an uncontrolled surge in new virus cases and record number of hospitalizations. The resulting increase in virus fear and renewed social distancing measures are weighing on sentiment and constraining spending. Without additional fiscal aid, the economy may not make it intact by the time the vaccine is ready to work its magic.