Bring On The New Year

We’ve always said that the health crisis would determine the path of the economy, and the latest news on the pandemic is concerning. Cases of the virus, hospitalization and mortality rates have surged to unfathomable levels, and health experts believe this distressing trend will accelerate after the holidays. While the happy prospect of widespread vaccinations over the next six months allows us to be more optimistic about 2021, the resurgence of the virus is poised to deal the economy a significant near-term blow. Indeed, growth in consumer spending and jobs is already slowing sharply from the torrid pace seen over the summer months. 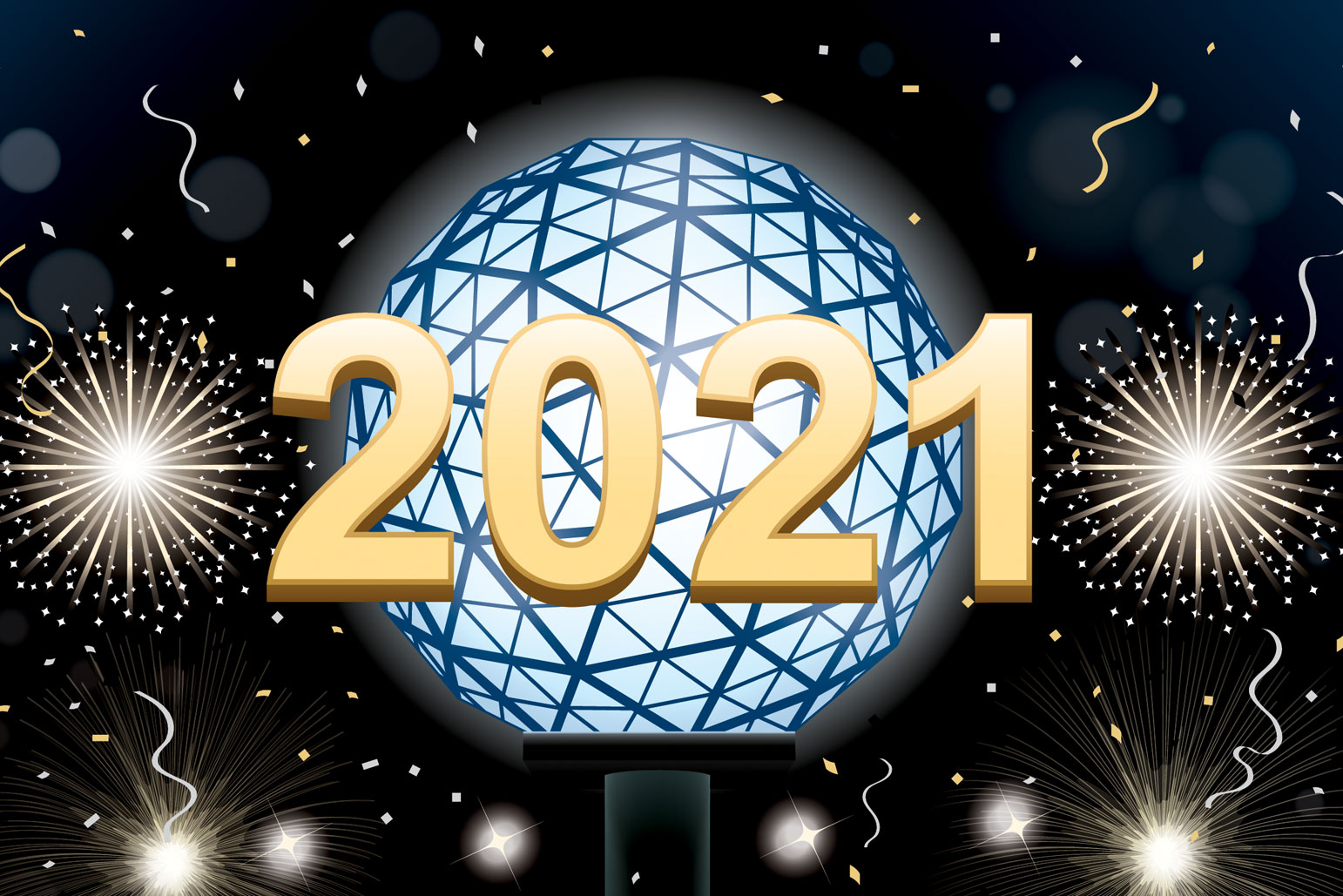 Hence, the top priority of lawmakers should be to construct a policy bridge that ensures the U.S. reaches a post-Covid world with as much dynamism as possible. A big step in that direction was taken on December 22 when Congress approved a $900 billion fiscal relief package aimed at protecting the most vulnerable segments of the population – the millions of laid-off workers whose jobless benefits were about to expire, the army of renters facing evictions and small businesses whose revenues are being wrecked by the pandemic-induced fall-off in sales. Unfortunately, the long delay in reaching a compromise means that the effects will kick in too late to short-circuit the unfolding economic setback.

With the pandemic taking an ever-increasing toll on activity, the economy’s growth engine is sputtering as it enters 2021. Since the fourth quarter got off on a high note following the record 33.4 percent growth rate in the previous quarter, the economy will likely record a modest growth rate for the final three months of the year. But unless the recent loss of momentum is quickly reversed, economic activity may contract in the first quarter, raising the threat of a double-dip recession. We think the economy will avoid that fate, but just barely. The most immediate concern is the drag on activity from renewed lockdown restrictions in response to the surge in virus cases. How widespread and severe they turn out to be will determine how much of a slog the economy will fall into in the first quarter – and how long it will stay there.

While the economy faces a dark winter, it’s important to acknowledge its impressive recovery from the pandemic-induced recession. Even the most die-hard pessimists admit that the record 33.4 percent growth rate in GDP during the third quarter far exceeded expectations. And despite the recent slowdown, activity has held up better than could be hoped given the resurgence of Covid-19 cases.

But while we can acknowledge the admirable recovery from the recession, it is also important to recognize that it remains incomplete. The astonishing third-quarter rebound followed an even steeper decline in the second quarter. The continued, albeit more subdued, growth so far in the fourth quarter has not made up the difference. Hence, about 10 million workers out of the 22 million that were laid off during the height of the pandemic in March and April are still out of a job and swelling the unemployment lines. Factories are operating well below normal capacity and tens of thousands of retail establishments have closed their doors – many permanently. The pandemic took the biggest toll on service establishments that rely on in-person sales, such as bars and restaurants, whose revenues are still down nearly 20 percent from earlier in the year.

The carnage inflicted on service-providing firms distinguishes this

pandemic-induced downturn from past recessions. Typically, cutbacks in the demand for goods – particularly big-ticket items such as cars and other discretionary durable goods purchases – would lead the way in downturns, as rising unemployment and high interest rates prompt households to curtail nonessential spending. This time the catalyst came from the supply side, as the social-distancing mandates and government lockdown restrictions forced service providing firms to close down or severely scale back operations. Since the service sector is far larger than the goods-producing sector, the economy suffered a much larger contraction in GDP during the second quarter than in previous recessions.

A Robust But Temporary Rebound

It is the unique nature of the recent recession that encouraged some economists to predict a V-shaped, or robust, recovery. After all, once the health crisis ends and restrict-ions are lifted, supply would once again come on stream, as eating and drinking establishments reopen along with gyms, barbershops, travel agencies and other service establishments, and customers would quickly return, unleashing pent-up demand. Once the genie popped out of the bottle, the economy would swiftly bounce back to where it was before the pandemic struck. Indeed, the outsized third-quarter rebound in activity seemed to validate that notion. Spending on services propelled the rebound, as government officials, encouraged by the slowing of infections over the summer, gradually lifted lockdown restrictions. 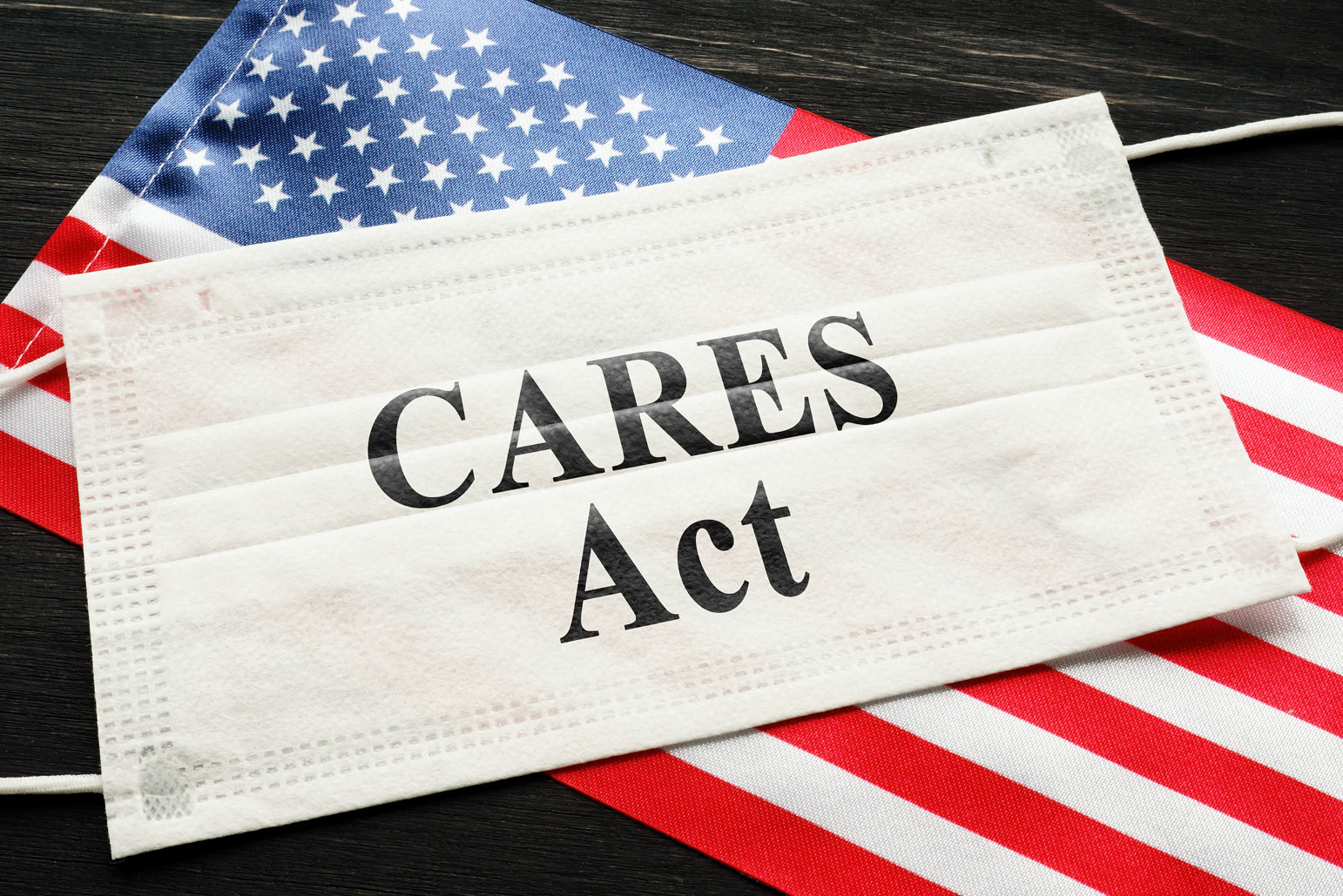 But that would be a false impression. True, the economy rebounded more vigorously than most expected. But the primary catalyst that fueled the rapid return of customers was the massive $2.2 trillion fiscal stimulus under the CARES act enacted in March. The act provided enhanced jobless benefits and direct checks to the swollen pool of unemployed and underemployed workers, which covered their essential needs, such as rent, food and debt servicing, and allowed them to spend on other services. As long as that financial lifeline remained in place, the recovery had legs to continue.

But the stimulus checks received by budget-constrained households were mostly spent by the end of the summer and the $600 weekly supplement to jobless benefits expired at the end of July. By the end of the third quarter, the fuel that ignited the rebound in demand had been depleted and the economy started to lose momentum. With the economy already in a weakened state, the downshifting in activity that occurred in October and November would have taken place even without the resurgence of the virus. The fading impact of the fiscal aid removed a key cylinder from the economy’s growth engine, and the 10 million workers who still had not recovered jobs lost in March and April were denied the paychecks needed to sustain spending.

Help Is On The Way

Even as the fiscal fuel that powered the third-quarter’s rebound has run dry, the economy is being hit by the resurgence of the virus, in part, according to many health experts, due to the premature easing of government restrictions over the summer. Predictably, the second wave of the virus – which is shaping up to be worse than the first – has prompted state and local governments to once again slow the reopening process, imposing tougher restrictions on businesses and urging the public to avoid social gatherings. While the renewed restrictions are not as harsh as they were in March and April, they could not have come at a worse time as the constraints are being layered on top of weakening demand.

Not only are consumers pulling back due to sagging job growth and increasing layoffs, they are also adhering to stricter social distancing protocols, both voluntarily because of increased anxiety over the spread of infections, and involuntarily in response to government mandates. In several states, indoor dining is already prohibited or severely limited, and the vise on air travel is starting to tighten. Simply put, things will get worse before they get better.

But for the first time in a while, there is light at the end of the tunnel – and not from an oncoming train. With two pharmaceutical companies, Pfizer and Moderna, having received FDA approval for public use of their vaccines, the life-saving inoculations have already begun. Unfortunately, the roll-out of the vaccines will not prevent the deadly winter surge which seems inevitable. But by the middle of the second quarter, the vaccine should reach enough of the population to bring about herd immunity later in the year, which should stop the spread of the virus in its tracks. That, in turn, will remove a major anchor around the economy’s neck and open the door to a revival in activity.

A Bridge to Post-Covid World

The looming end to the health crisis sets the stage for a meaningful rebound in economic activity over the second half of the year. Just as important as the medical breakthrough, Washington has stepped up to the plate with significant fiscal aid  that should blunt the worst effects of the pandemic over the near term. The $900 billion fiscal relief package passed by Congress on December 22 will extend emergency unemployment benefits for 14 million Americans until mid-March with a $300 weekly supplement, sends $600 checks to most adults and children, revives the Paycheck Protection Program for small businesses, and extends eviction protections for millions of renters through January 31.

While the overall package is smaller than the $2.2 trillion CARES

Act passed in March, it does provide meaningful relief that should prevent the economy from slipping back into a recession in the first quarter. The bill would deliver a bigger punch if the mix of components were a bit different. For example, more funds are devoted to the direct checks sent to households than on unemployment benefits. But some of those checks will be put into savings instead of spent whereas unemployed workers tend to spend every penny of their benefits immediately on food, rent and other essentials. What’s more, the bill does not include critical help to budget-stressed state and local governments, which have laid off 1.3 million workers since the pandemic struck in February, and are primed to reduce headcount and services even more in coming months, reflecting sagging tax revenues and increased health costs related to the pandemic.

But the bill does put a floor under the free-fall that would otherwise take place and provides a bridge to a brighter post-covid economy. As the curtain descends on a terrible year, that’s as promising a future we could have hoped for. 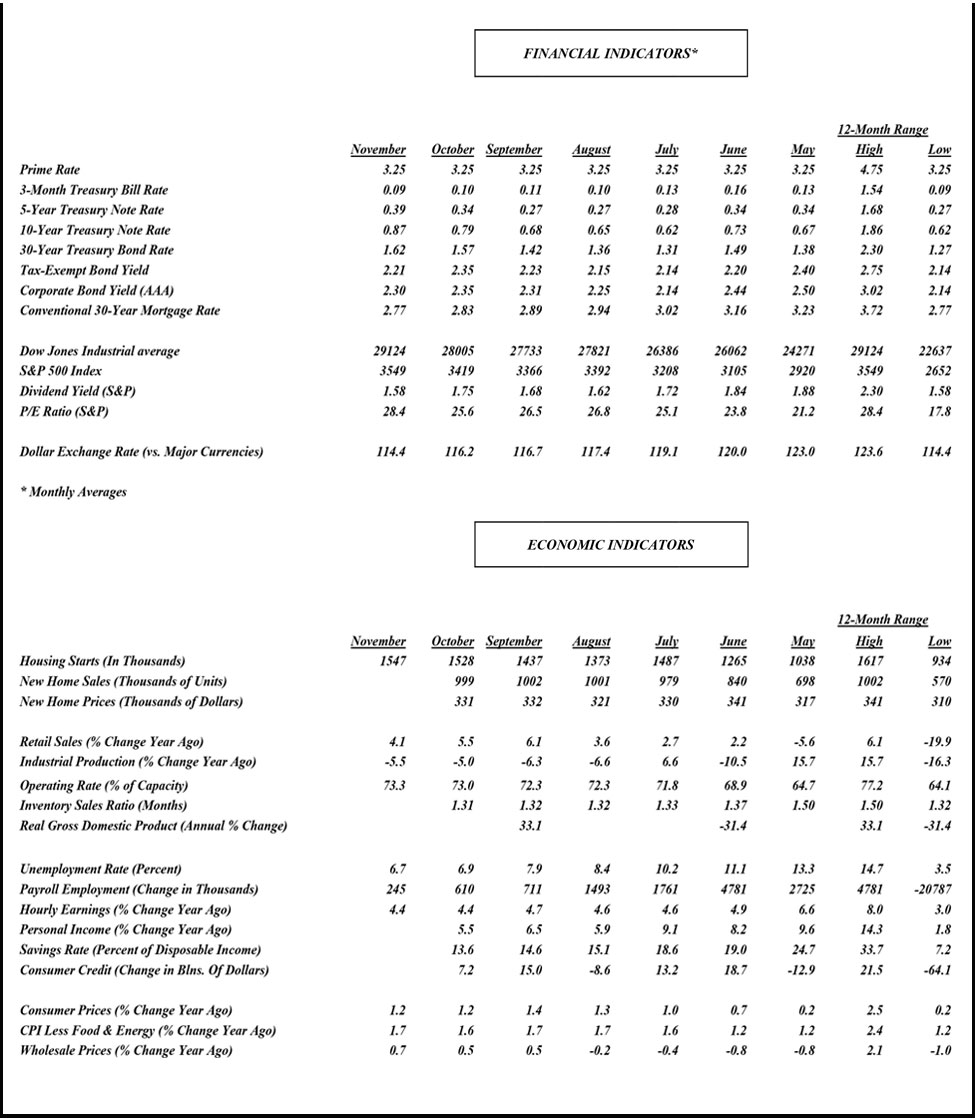