A Chilled But Not Frozen Economy

It’s shaping up to be a cold winter for the U.S. economy, as the pandemic continues to rampage throughout the nation and wreak havoc on all forms of activity that involves in-person transactions. State and local governments are tightening business restrictions and urging residents to more diligently adhere to social distancing protocols. With a new variant of the coronavirus amplifying the health crisis and the vaccine rollout falling short of expectations, conditions are likely to get worse before they get better. Covid-19 has already taken a big toll on jobs and retail sales, with both ending 2020 on a very weak footing. 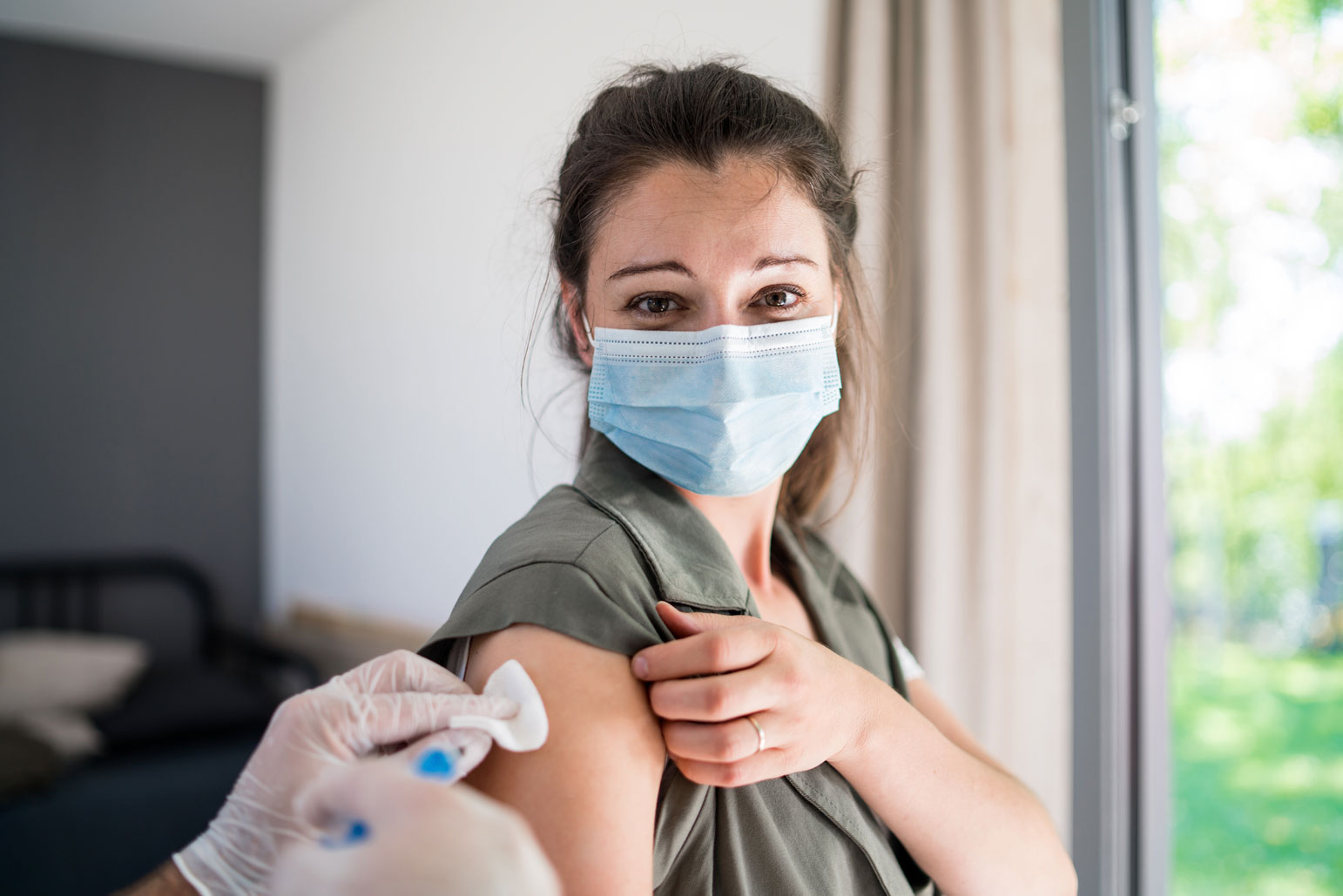 But while the current economic landscape is feeling the chill, it should thaw out as winter turns to spring. Despite a distressingly slow start, the immunization campaign is steadily making its way through the population, and at least two more vaccines should be approved within weeks; if all goes according to plan, the majority of Americans should be inoculated by mid-year, bringing the nation closer to the much-heralded herd immunity. When that milestone is reached, lockdown restrictions will be lifted, allowing businesses to reopen and accommodate a torrent of pent-up demand. Hence, the winter doldrums could well be followed by a spring/summer mini-boom.

Importantly, after months of political bickering, Congress finally agreed to a $900 billion fiscal relief package at the end of December that should cushion the economy from the winter downdraft. And with Democrats winning the Georgia runoff election, the party will have a “soft” 50-vote Senate majority. That, in turn, enhances the Biden administration’s chances of enacting more of its ambitious fiscal agenda, which boosts the prospects of even stronger growth this year and next. The first installment of that agenda was announced in the second week of January, a $1.9 trillion proposal that is more than three times larger than the fiscal stimulus following the Great Recession. Hence, not only is there light at the end of the tunnel, the other side is looking much brighter than hoped even a few weeks ago.

As the curtain rises on 2021, the outlook is one of contrasts. Over the near term, things look extremely grim. The economy shed 140 thousand jobs in December, the first contraction in payrolls since the onset of the recovery, and households zipped up their wallets during the holiday season. The setback in jobs in the final month of the year likely continued into January. Job listings fell, lockdown restrictions tightened in many states, and first-time claims for unemployment insurance surged.

Small businesses have been particularly vulnerable to the ill effects of pandemic restrictions and, understandably, turned more pessimistic as cases of the virus surged over the winter. The small business optimism index, compiled by the National Federation of Independent Businesses, slumped by 5.5 points in December, with nine of its ten components taking a dive, led by a 24 point plunge in the net share of owners expecting business conditions to improve in coming months. The survey, however, was taken before the latest $1.9 trillion fiscal relief package was announced, which included $50 billion of loans and grants targeted for small businesses under the revived Paycheck Protection Program. This resuscitation of the PPP should provide crucial support for many small companies and help them survive the difficult months ahead.

That said, the fiscal relief will not filter through to beneficiaries right

away. As noted, Biden’s party has a “soft” majority in Congress and the huge dollar amount he is proposing is likely to be met with considerable resistance among lawmakers. Keep in mind that the $1.9 trillion comes on the heels of December’s $900 billion fiscal stimulus and the $2 trillion blockbuster deal Congress agreed to last March. Add it all up, and the $5 trillion of government stimulus in less than a year equals almost 25 percent of GDP, a fraction that is too much to bear for many legislators who dislike big government in the first place and who believe that so much stimulus is overkill relative to the current crisis. We suspect that Biden’s proposal will undergo some tense negotiations and eventually get watered down closer to $1 trillion.

Still, even a watered down bill of that size is nothing to sneeze at. It would exceed the $800 billion contained in the Economic Recovery Act that the Obama-Biden administration was able to cobble together following the Great Recession. What’s more, the Biden camp has an ambitious fiscal agenda on which it campaigned, including stepped-up infrastructure spending as part of the “Build Back Better” plan. That plan is estimated to cost upward of $7 trillion down the road, which would elevate the government’s role in the economy to a height not seen since World War II. 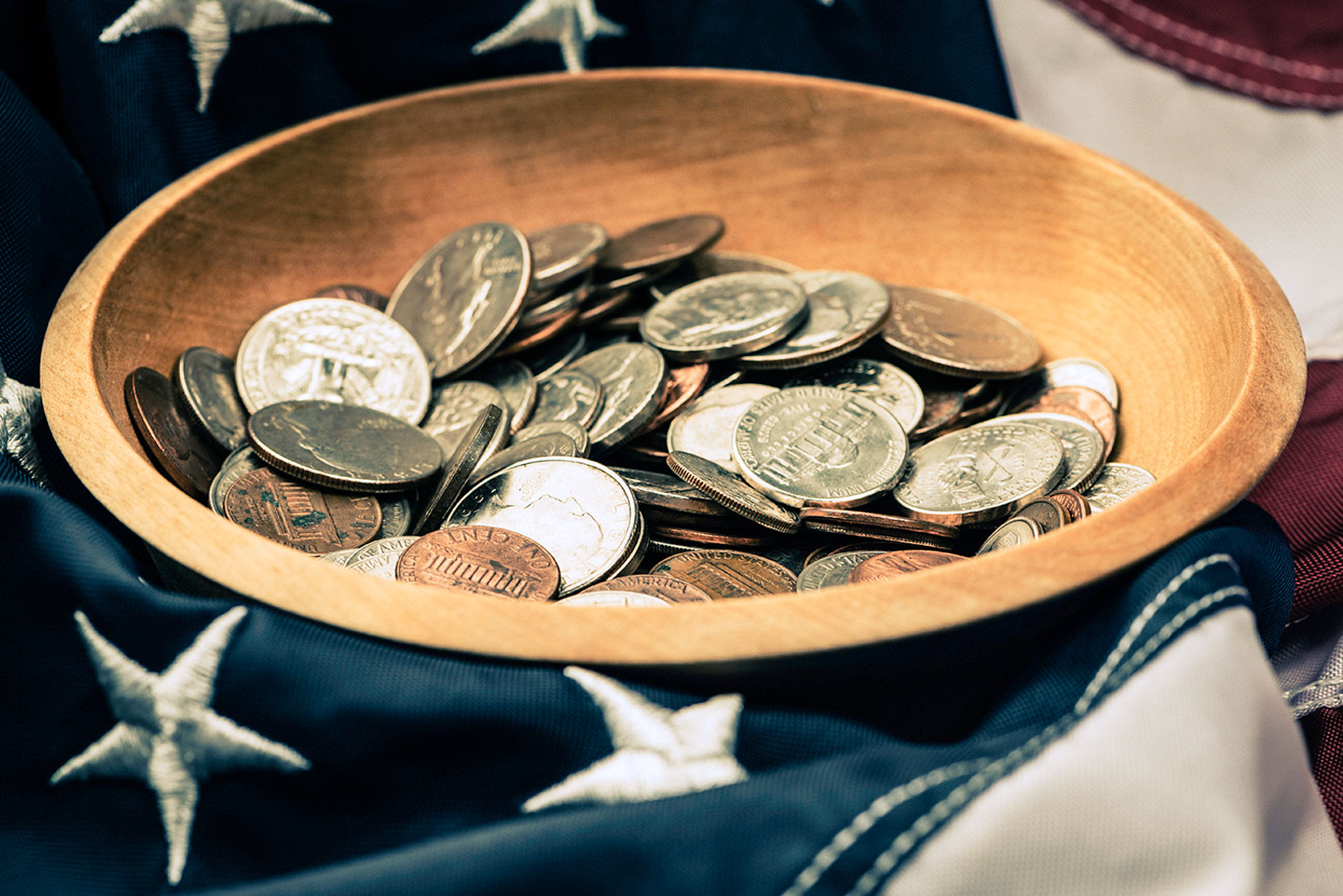 In the past, the financial markets would be flashing warnings signals about such massive government intervention. The bond vigilantes would be coming out of the woodworks, sending long-term yields higher in response to prospective overheating and rising inflation. Higher yields, in turn, would make riskier stock purchases less attractive, raising the threat of a market correction that would undermine confidence and feed back to the real economy. Adding fuel to the backlash, the Federal Reserve has historically pushed back against an aggressive fiscal policy, lifting interest rates preemptively to stave off the very inflationary outbreak feared by the bond vigilantes.

Of course, none of those rebellious signals are present this time. Bond yields have increased in recent months, but at just over 1 percent on the bellwether 10-year Treasury note, it remains historically low and below the 1.80 percent of a year earlier. The stock market continues to party like there is no tomorrow, having completed 2020 with substantial gains and showing no sign of slackening off so far this year. Meanwhile, the Federal Reserve is wholeheartedly on board with the new administration’s efforts to jump start the economy’s growth engine. Fed chair Powell is not only endorsing stimulus but publicly urged the previous administration to open the fiscal spigots wider as the pandemic took an ever-increasing toll on the economy last year.

Is It Too Much?

Clearly, the government is in uncharted waters with regards to deficit spending and the massive debt buildup – now over 100 percent of GDP – that will be on the books as long as the eye can see. But perceptions regarding the harm that outsized Federal stimulus would inflict on the economy has changed over the years. One reason: the worst of its expected ill effects have never materialized, despite a steady diet of large deficits throughout the 2000s. Inflation has remained tame throughout the period – indeed, too tame in the eyes of the Federal Reserve. And the huge deficits have not clashed with private borrowing to drive up interest rates.  Instead, the onslaught of Treasury securities has been easily absorbed by a massive volume of global savings that not only kept interest rates in check, but drove them steadily down. 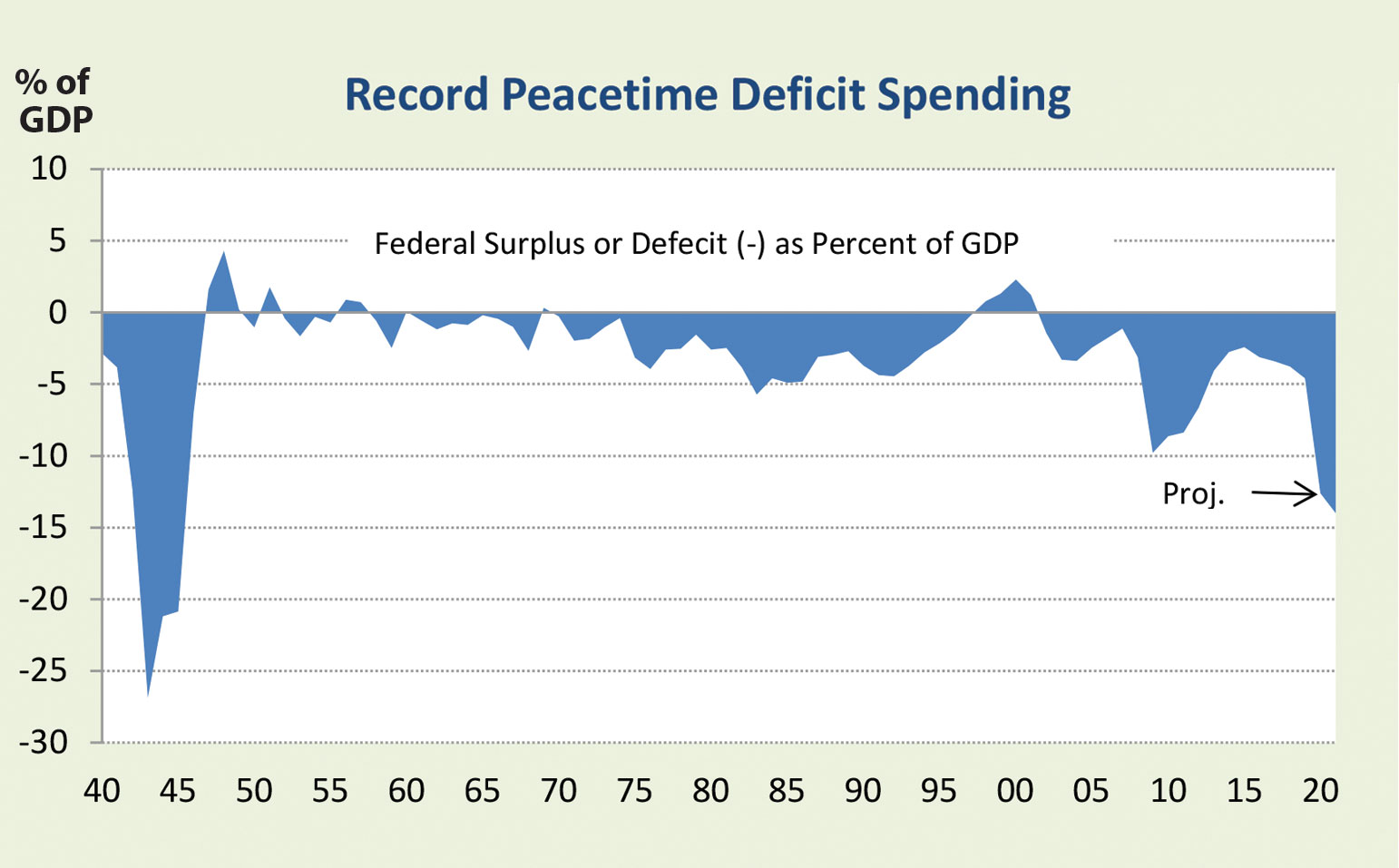 argument supporting additional fiscal stimulus – one that Janet Yellen, the new Treasury Secretary designate, emphasized in her confirmation hearing. Simply put, she noted, with interest rates at rock bottom levels, the time to “go big” is now. Despite the huge debt build up in recent years, the cost of servicing that debt has actually gone down, as interest payments by the Treasury on its outstanding debt are actually the lowest in decades as a share of GDP. As long as the economy is growing faster than the nominal interest rate on Treasury securities, which is expected to be the case in the foreseeable future, the debt-servicing burden will continue to decline.

Hence, at this juncture the government can readily afford to incur more debt to meet the dire needs of an economy that is struggling to overcome a rampaging health crisis and provide a bridge to help it through to the other side of the crisis. Nor should the massive fiscal stimulus generate concerns that it would lead to an inflation outbreak. That concern would have merit if the economy did not have enough real resources to absorb the increased government spending. With about 10 million workers still on the sidelines from the 22 million laid off at the height of the pandemic, there is still a copious amount of slack in both the labor and product markets to use up before that point is reached.

A rapidly worsening health situation, weakening incomes, depleted savings for lower income families and cooler weather led consumers to slam their wallets shut in November and December. Personal spending fell for the first time in this recovery cycle in November while retail sales fell for a third consecutive month in December. Reluctance to spend by households – which account for about 70 percent of GDP – heading into the New Year bodes ill for the economy’s performance in the first quarter.

But while demand fell off late last year, particularly among lower-income households who bore the brunt of the layoffs, a big reason for the weakness in spending was the lack of purchasing options due to business restrictions for people up the income ladder. These households, most of whom retained their jobs and built up a huge savings cushion from their foregone spending, are well positioned to jump-start the economy’s growth engine as restrictions are lifted, hopefully in the spring and summer when a growing fraction of the population becomes inoculated.

Meanwhile, Biden’s proposed fiscal plan (American Rescue Plan) is expected to provide a near-immediate $1 trillion lift to household disposable income – with lower- to middle-income families benefiting from an additional round of checks, expanded unemployment benefits and other support measures – thereby supporting stronger consumer spending in coming months than would otherwise be the case. The combination of replenished finances among less well-off households, a huge savings cushion waiting to be unleashed among upper-income families, an improving health situation, warmer weather, and rebounding consumer confidence should lead to a robust acceleration in consumer spending in the second and third quarters. Hence, once the pandemic’s grip on the nation is loosened, brighter days lie ahead for the U.S. economy. 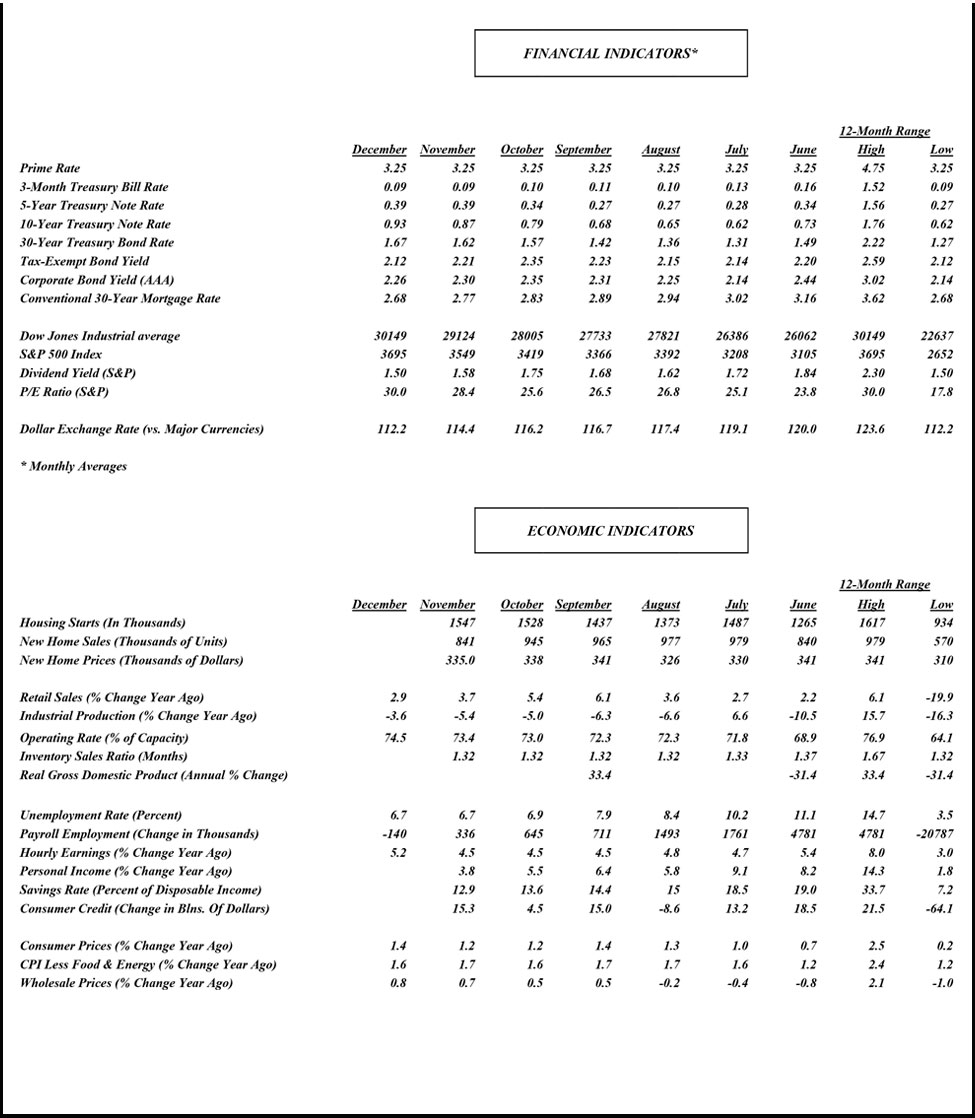