Spring has sprung, and the season of hope is resonating throughout the economy. After suffering a 3.5 percent contraction in 2020 – the steepest since demobilization in 1946 – real GDP is poised to surge as much as 7 percent this year, which would rival the biggest annual gains since World War II. The widely dismissed V-shaped recovery that most economists thought would not follow last year’s dispiriting pandemic recession is well underway. Indeed, the economy is on track to make up all of the output losses by this summer – six quarters from the prepandemic peak in GDP. That would be remarkably fast compared to the last recovery, when it took 14 quarters for GDP to recover all of its recession losses. 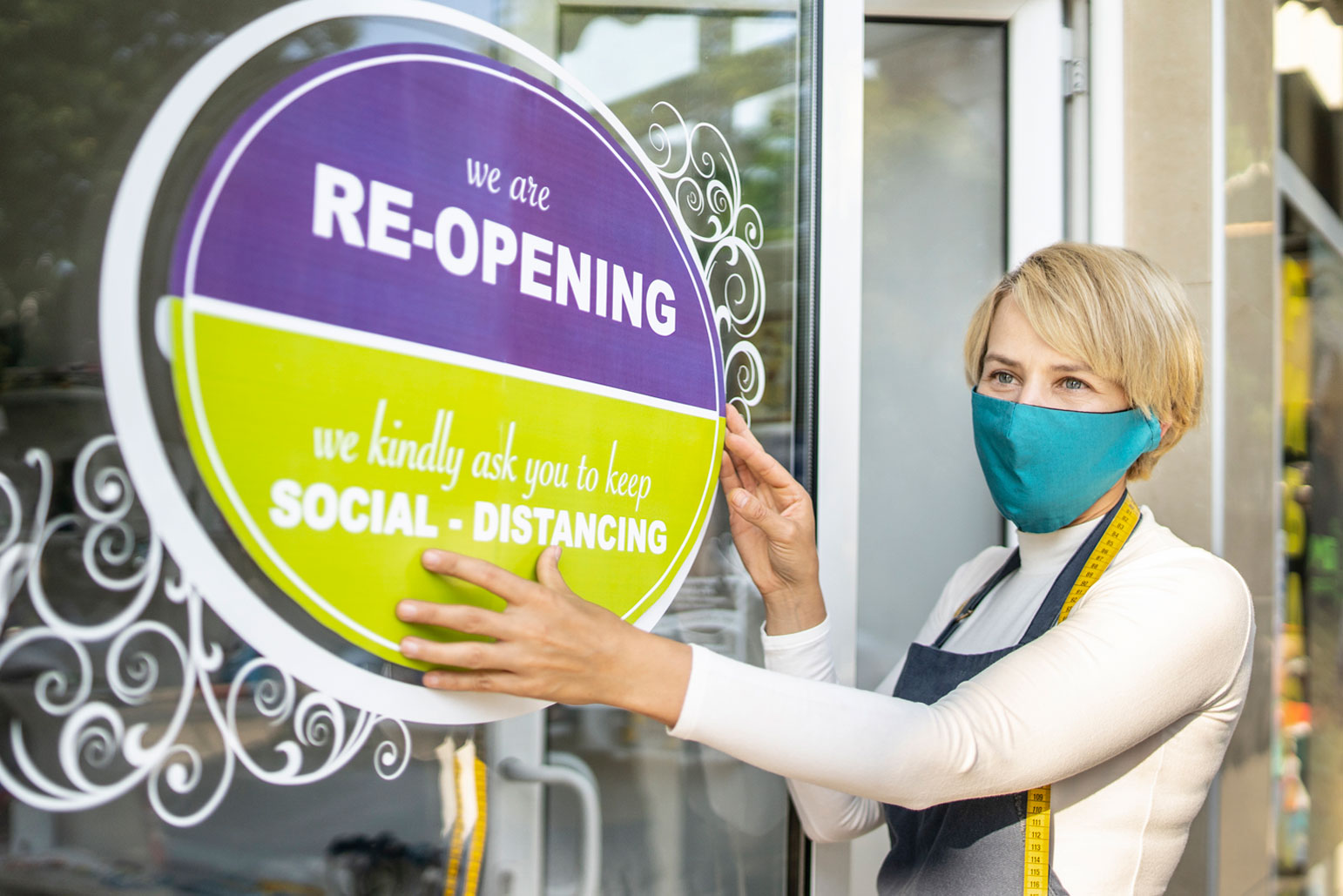 Of course, the economy received considerably more help this time compared to the period following the financial crisis in 2008 – or any previous recovery since the New Deal in the 1930s. With the $1.9 trillion American Rescue Plan now on the books, the Federal government has injected or committed more than $5 trillion of stimulus into the economy over the past year, about 25 percent of GDP. Fiscal stimulus of this magnitude is unprecedented outside of war periods. While the Federal Reserve has played a major contributing role, lowering interest rates to near zero since last March and purchasing $120 billion a month in government assets, it has passed the mantle over the Federal Government as the lead driver of post-recession recoveries.

Not surprisingly, the cocktail of fiscal and monetary stimulus together with the rapid rollout of Covid-19 vaccines has produced explosive results. Consumers, armed with two rounds of direct stimulus payments last year as well as supplements to regular unemployment benefits, have gone on a spending binge, lifting retail sales above prepandemic levels in January. And while harsh weather curtailed sales in February, the $1,400 stimulus checks under the American Rescue plan were sent out to 90 million households in March, setting the stage for another torrid shopping spree in the spring and summer months. Households have also accumulated nearly $2 trillion of savings from funds not spent due to business closures last year, feeding a pipeline that could add more muscle to future spending. Importantly, while all this firepower points to a blockbuster outcome this year, it should not generate an overheated economy or ignite an inflationary outbreak that some fear.

A Good Year For Profits

For U.S. companies, a post-pandemic boom in consumer spending will contribute to fatter profits, which should trickle down to workers in the form of higher pay. The past year has been a roller-coaster ride for the business sector. In the first half of 2020, corporate profits slumped by 20 percent – twice as much as GDP – as the coronavirus pandemic brought activity to a sudden stop. Amid stay-at-home orders and business restrictions, companies suffered collapsing revenues that made covering their costs extremely difficult, crushing profit margins.

But as the economy reopened, the turnabout in profitability has been

remarkably swift, exceeding the rebound in overall economic activity. In the third quarter of last year, corporate profits before tax surged 27 percent to reach an all-time high of $2.3 trillion – about 1.2 percent higher than its prepandemic level. Meanwhile, nominal GDP, although on the recovery trail, was still 2.3 percent below its prepandemic level. This disparity in growth during the initial stage of a recovery is normal. Early on in an expansion, pent-up demand spurs a quick rebound in sales and revenues while labor costs rise more slowly, as companies are reluctant to expand staff until they are sure the sales increases are sustained.

The faster growth in output relative to worker hours translates into stronger productivity, which is also a common feature early in the recovery process. What’s more, worker bargaining power is restrained until the labor market tightens later in an expansion. That means more of the increase in productivity goes into profits than labor compensation. Given the massive destruction in jobs during the pandemic – 22 million in March and April of last year – of which 9.4 million remain on the sidelines, it will be a while before workers regain the bargaining power they had prior to the pandemic, when the unemployment rate fell to 3.5 percent and the labor force was drum tight.

That said, the productivity strength plus fatter profit margins are enabling American companies to rehire workers at a rapid clip. So far, 12 million jobs have been created since last spring, including 545,000 over the first two months of this year. We expect the demand for workers to remain strong, leading to 7 million additional workers receiving paychecks this year. A hiring binge should take place over the spring and summer, when most households will have received their stimulus checks, more people will be vaccinated, warmer weather will encourage outdoor activities, and the easing of restrictions will enable more businesses to reopen.

Indeed, the unleashing of pent-up demand over the spring and summer should lead to outsized growth rates over the next two quarters. That, in turn, will coincide with an inflation pick-up, one that exceeds the Federal Reserve’s 2 percent target. The inflation spike will reflect the ability of companies to restore prices that were deeply cut last year when the pandemic vaporized demand, particularly for services that required in-person transactions. Also, the torrent of demand expected during the period will outrun supply in many cases. People, desperate to travel once again, either to visit families or take vacations, will swamp airlines and hotels, prompting price increases for these and other recreational services.

What’s more, rising costs will also put upward pressure on prices. Some will come from the labor front, as businesses strive to fill rapidly reopening positions, driving up worker compensation. At this point, labor costs will start to eat into productivity, prompting companies to either accept narrower profit margins or raise prices. Some combination of the two is likely to play out. Meanwhile, the global recovery together with a supply shortage of many vital inputs, such as computer chips, that manufacturers need for production is also pushing up costs, a squeeze particularly evident in the auto industry. Commodity prices have already risen 40 percent from their April 2020 trough.

A Surplus of Riches

With the economy expected to boom over the next several months and inflation picking up, more critics are understandably arguing that Washington has gone too far in doling out funds to households. In fact, between last April and January, government transfer payments have exceeded the income lost due to the pandemic by $800 million. With the lack of buying opportunities because of business shutdowns during this period, it is not surprising that a big portion of these funds have piled up in savings accounts.

When these excess transfer payments, mainly to unemployed individuals, are added to the unspent funds that people still earning a paycheck have accumulated, the pile-up has been nothing sort of remarkable. Over the past year, households have accumulated nearly $2 trillion in savings, and the savings rate in January stood at an elevated 20 percent. That bundle of cash will only rise as the $1,400 checks sent to most adults in March reach household wallets. Simply put, the volume of purchasing power waiting in the wings is enormous and poised to have an explosive impact on economic growth as they enter the spending streams.

Given this prospective backdrop with its inflationary implications, it’s fair to wonder if the Federal Reserve will stick to its commitment, which was reaffirmed at the latest policy meeting, to keep interest rates at near zero at least through 2023. If the Fed loses credibility that it will keep inflation in check, the financial markets could react violently. The bond vigilantes would come out of the woodwork and send long-term interest rates sky high, which would no doubt have severe repercussions in the stock market. The pain on Wall Street would quickly spread to Main Street, ushering in the next recession.

Clearly the risk that growth and inflation exceeds the Fed’s projections is not trivial. The Fed itself upgraded its near-term forecast at its March meeting, acknowledging the punch that two rounds of fiscal stimulus is having on the economy. But the Fed is anticipating the inflation pickup that looms in coming months and is not likely to blink as long as it believes the spike will fade as the economy slows in 2022, which it continues to project.

There are compelling reasons to agree with the Fed’s assessment. For one, the fiscal stimulus that is underpinning this year’s growth surge is not a recurring event. Indeed, the budget deficit is poised to plunge from 15 percent of GDP this year to 6 percent in 2022; that’s a powerful fiscal drag on activity that points to much slower growth next year. Slower growth should also ease price pressures on goods that are currently in short supply. True, the administration just unveiled its plan to spend another $3 trillion on infrastructure and jobs as part of its “Build Back Better” agenda”. But it is far too early to assume that the plan will become law anytime soon, as it includes tax increases that Republicans oppose and government borrowing that some moderate Democrats may think is too large.

Finally, that $1.8 trillion in accumulated savings over the past year is not 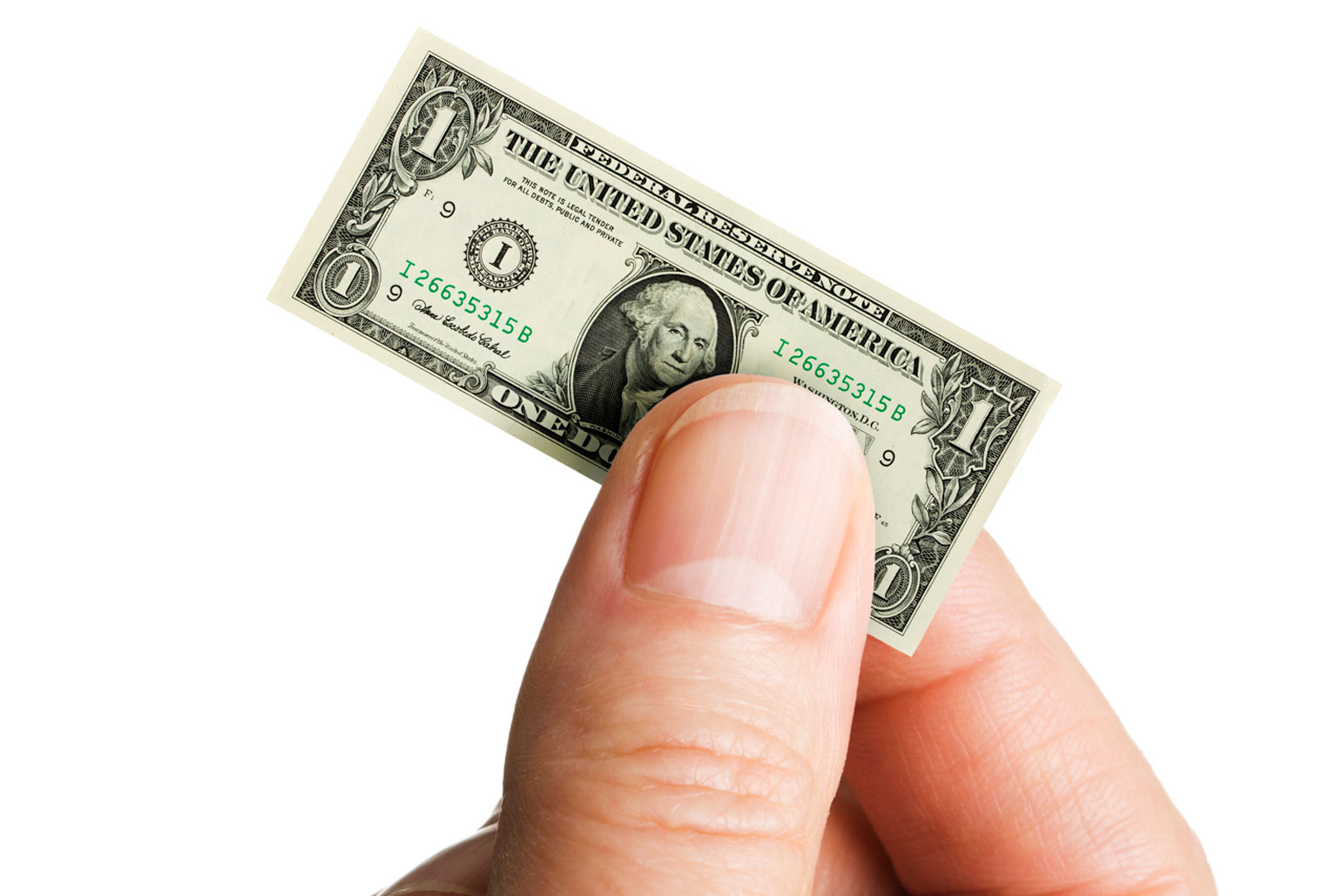 likely to have as enduring or powerful an impact on consumption as the number implies. Keep in mind that the bulk of the surplus savings accrued to wealthier households who have a lower propensity to spend than those further down the income ladder. Also, some of the involuntary savings build-up may have been by households that had previously saved too little. These households may prefer to hold on to their excess savings or pay down debt rather than going on a spending binge. Indeed, it is estimated that homeowners have $500 million in unpaid principal from mortgage forbearance granted under the Cares Act that needs to be paid. Finally, after two major shocks over the past decades, it is very likely that households will want to maintain a higher precautionary level of savings to guard against future adverse events. Simply put, we expect this year will see bumper spending growth, but it remains to be seen how long it lasts and how strong it turns out to be. 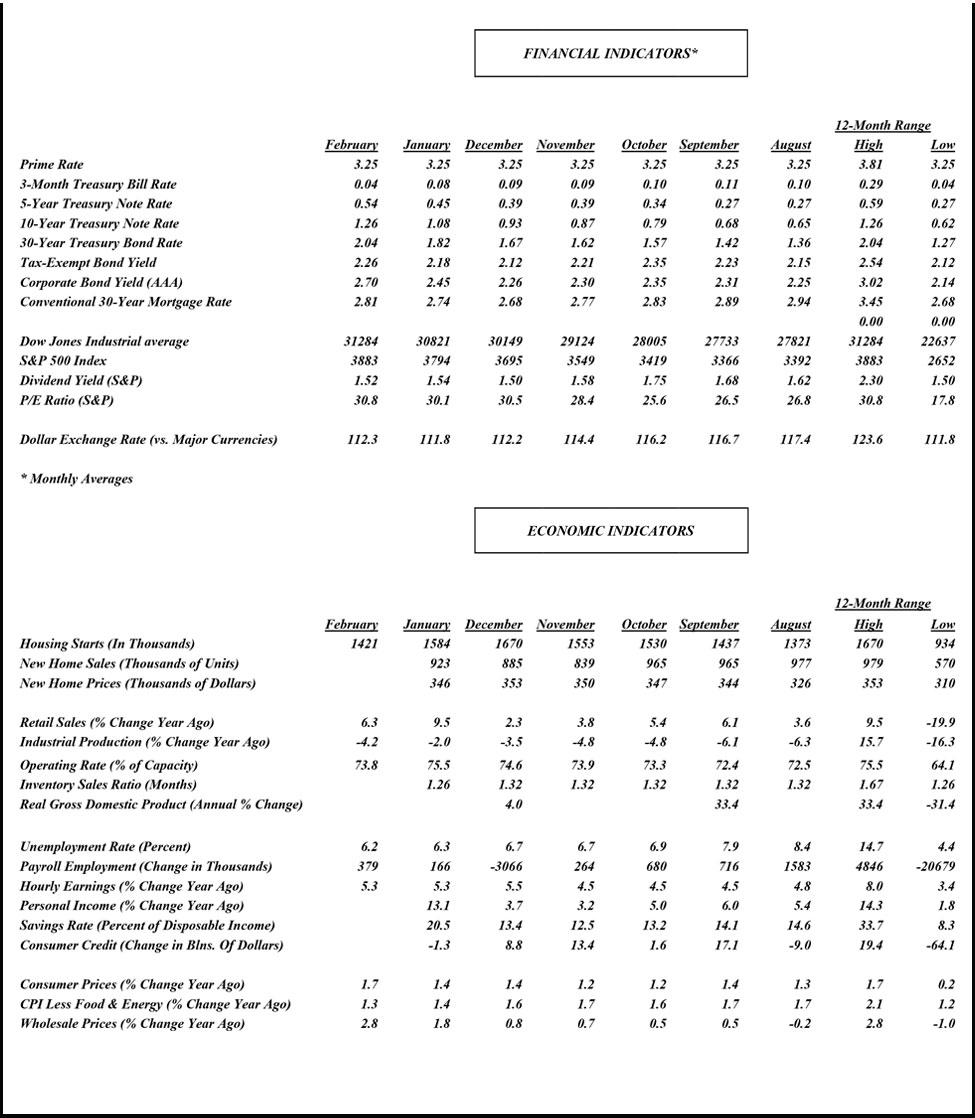