Focus On The Trend, Not The Noise

The economic environment is ripe for naïve and misguided narratives. Taken at face value, the latest reports on jobs, consumer prices, and retail sales suggest that the U.S. is in the grips of a jobless recovery and a stalling economy that is weighed down, by worrisome inflationary pressures. This assessment on the economy is not only wrong; it is also risky as it could lead to self-fulfilling prophecies. For one, the weak employment report for April doesn’t mean the job recovery has stalled — it’s simply taking a breather. 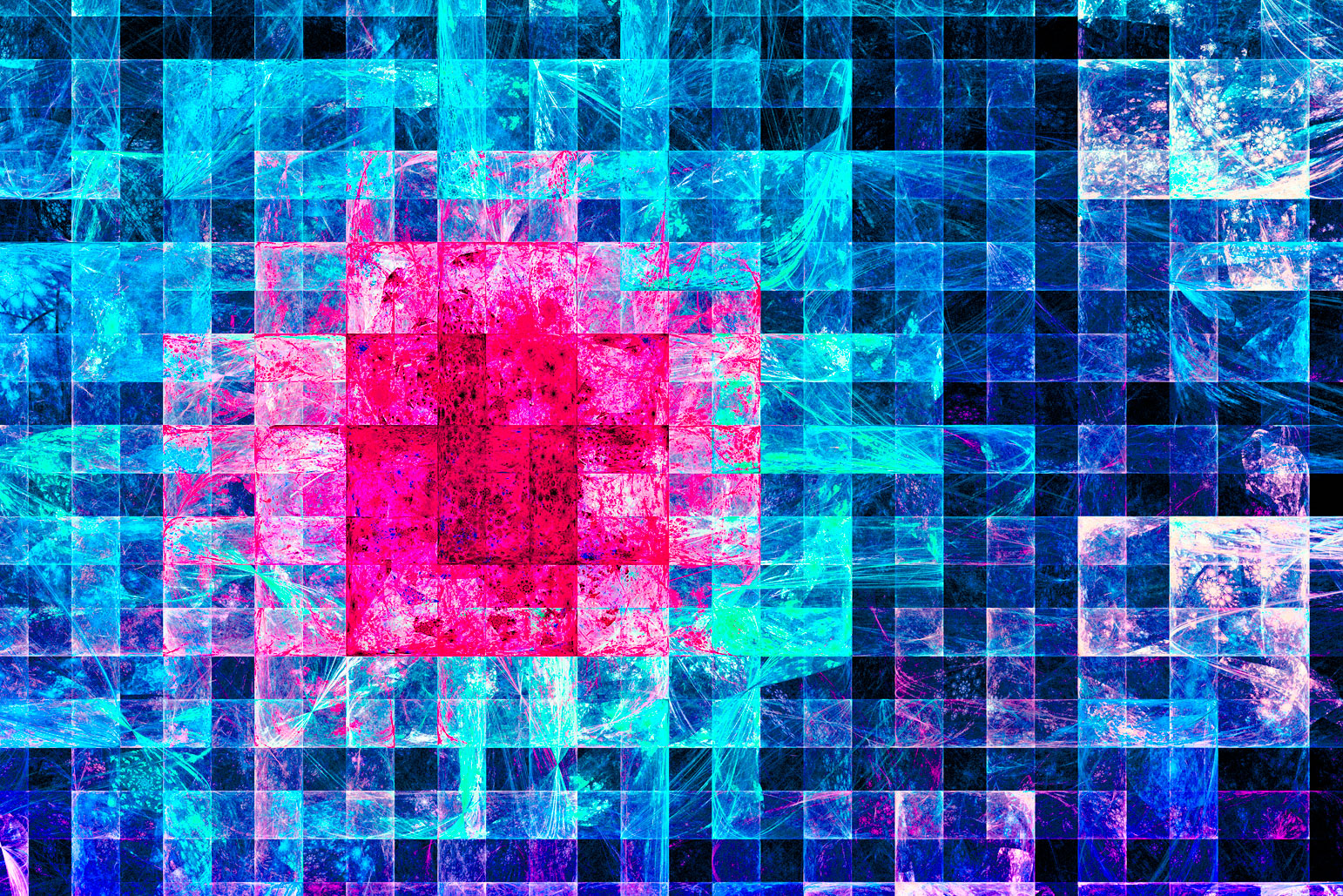 Likewise, the eye-opening jump in the consumer price index that month doesn’t mean inflation is about to spiral out of control. The economy is getting hotter, but it is not overheating. Supply chain bottlenecks and labor shortages amidst a tidal wave of pent-up demand are short-term catalysts driving up prices. They will continue to juice inflation for a while longer, but their impact should subside as the economy continues to re-open and bring more supply and labor online.

Finally, the flat retail sales for April after a 10.7 percent surge in March doesn’t mean consumer spending is stalling. The recovery in consumption is all about tempo, not speed. Spend, save, and pay down debt — that’s exactly what consumers did in early 2021 and are likely to continue doing for the rest of this year and next. The April spending hiatus fits that pattern and will likely be followed by another burst of consumption over the summer months. When all is said and done, we expect households to deliver the strongest full-year consumption growth since 1946. Simply put, don’t read too much into monthly data, which are often noisy, but keep an eye focused on the recovery trend.

Much ado has been made about the disappointingly weak retail sales report for April. When seen alongside the weaker-than-expected jobs report released a week earlier, a number of commentators have started to wonder if the robust recovery from the pandemic is starting to fade. Worse, with inflation spiking in April to the highest level since 2008, some see a revival of that dreaded episode of stagflation in the 1970s, which featured years of tepid growth and spiraling inflation.

Again, we caution against reading too much into one-month’s worth of data. In normal times, Washington’s data mills can spew out a cluster of noisy data that may or may not reflect underlying trends. In an economy recovering from pandemic-related shutdowns, the reports can be particularly misleading. Shutting down the economy was a relatively straightforward process, but a full reopening won’t be. More than ever, it’s critical to focus on the broad picture, rather than individual data points.

What the broad picture shows is a recovery that is being fueled by on-again, off-again massive fiscal stimulus that is producing a lumpy recovery. Indeed, the flat reading for retail sales was no surprise. A breather was in order following a 10.7 percent gain in March fueled by $440 billion in stimulus payments and enhanced unemployment benefits. The bigger surprise was that none of the whopping March gain was given back in April. Importantly, the unchanged headline reading in April masked some significant changes in how households are spending their money, reflecting the dynamics of a reopening economy. Simply put, consumers are spending less on goods and more on dining out and cars. As households continue to adjust to a rebooting economy, their spending patterns will adjust as well.

While consumers took a breather in April, they have an enormous amount of firepower to resume a brisk pace of spending over the summer. For one, a big chunk of those $440 million in stimulus payments doled out in March has yet to be spent. Much of it is resting in savings accounts, as evidenced by a 13.7 percentage point surge in the personal savings rate to 27.6 percent in March. To be sure, those funds are not burning a hole in the pockets of households. Surveys show that upper-income individuals hold the bulk of those savings and they have a lower propensity to spend than those further down the income ladder.

That said, after more than a year of pandemic-enforced restraints on

spending, that wealthier cohort is ready to unleash a torrent of pent-up demand. Thanks to broader vaccine coverage and the lifting of restrictions on restaurants, bars, stadiums, gyms, airlines, and other forms of leisure activities, households with discretionary incomes that have been sequestered in savings accounts are now set to go on a spending spree. Meanwhile, lower and middle-income individuals have also strengthened their balance sheets, using generous government transfer payments to pay down an enormous amount of debt. As well, government-mandated mortgage forbearance and the suspension of Federal student loan payments have freed up spendable funds for budget-squeezed families.

Going forward, however, the stimulus-fueled surge in demand will be getting less fiscal support. The March stimulus payments now entering the spending stream were the third and final round of fiscal stimulus enacted over the past year. The administration has ambitious spending plans, which would add heft to the economy’s growth rate but not by further swelling household bank accounts with additional transfer payments. Indeed, the $300 weekly federal supplement to unemployment benefits is scheduled to expire in September, 22 states have already opted out of the program, cutting off those enhanced benefits immediately. Hence, consumer spending later in the year will be more heavily influenced by income growth and how much of the $2.3 trillion in savings accumulated over the past year households will unlock for spending purposes.

Pressure on The Fed

Clearly, fiscal stimulus has played a critical role in lifting the economy out of the pandemic recession and sustaining the recovery now underway. Just as important, however, has been the Federal Reserve’s steadfast mission to keep interest rates at rock-bottom levels and flood the economy with liquidity through massive purchases of government and mortgage-backed securities. The unprecedented monetary support over the past year has provided rocket-fuel to the housing market, sending home sales and prices sky-high, and underpinned the eye-opening rally in stock prices.

While generally lauded for its recovery efforts, the Fed is now coming under increased scrutiny from critics who feel it is time to start pulling in the reins. After all, the economy has recovered virtually all of its output losses from the pandemic and the unleashing of pent-up demand threatens to strain capacity and stoke an inflation outbreak. The longer the Fed waits to start putting on the brakes, the harsher the corrective measures it will have to take later on, sending the economy back into a recession. To these skeptics, the spike in inflation in April was a wake-up call for the Fed to start unwinding its turbocharged easy policy before it is too late.

But the Fed is resisting that call for some compelling reasons. Most important is that it believes the inflation spike is only transitory, reflecting pandemic-related disruptions that will fade in a few months. Indeed, the surge in inflation this spring has been well telegraphed in advance. As expected, businesses are restoring the price cuts they were forced to make a year ago when the economy shut down and demand vanished. Now the problem is that companies can’t keep up with all the pent-up demand owing to shortages of materials and supplies as well as the difficulty of finding enough workers to fill open positions. This imbalance between demand and supply is a time-honored catalyst for higher prices, which is likely to remain in effect for at least several more months.

That timetable does not bother the Fed, which overhauled its policy framework last August. Under the new regime, inflation will be allowed to run hot for a period of time to make up for nearly two decades of low inflation. How hot is an open question and how long inflation would be allowed to stay above the Fed’s 2 percent target is something policymakers will no doubt ponder at upcoming rate-setting meetings. At the moment, the Fed still feels the greater risk is moving too early rather than too late. It fears a premature rate hike would choke off the labor market recovery that is well short of reaching broad and inclusive full employment. In April, there were still 8.2 million fewer jobs than there were just before Covid-19 struck in February of last year.

The next few months will test the patience of the Fed. If inflation continues to surprise on the upside, the risk is that inflationary expectations will also increase too swiftly, something that could turn into a self-fulfilling prophecy. The recent modest increase in expectations is not yet worrisome, but a further acceleration could trigger a spike in bond yields and prompt a Fed response. The so-called bond vigilantes have forced the Fed’s hand in the past, and they could come out of the woodwork again if the inflation threat escalates.

The consensus view agrees with the Fed that current inflationary pressures are transitory and things will settle down later this year and next. Pent-up demand that is currently overwhelming supply will gradually deflate in coming months. What’s more, the massive income support from fiscal stimulus is poised to fade as enhanced unemployment benefits expire. While consumers have built up an enormous savings cushion to draw on, it is unclear how much of it will be retained as precautionary savings or treated as permanent wealth.

Meanwhile, more supply will be coming online to ease bottleneck 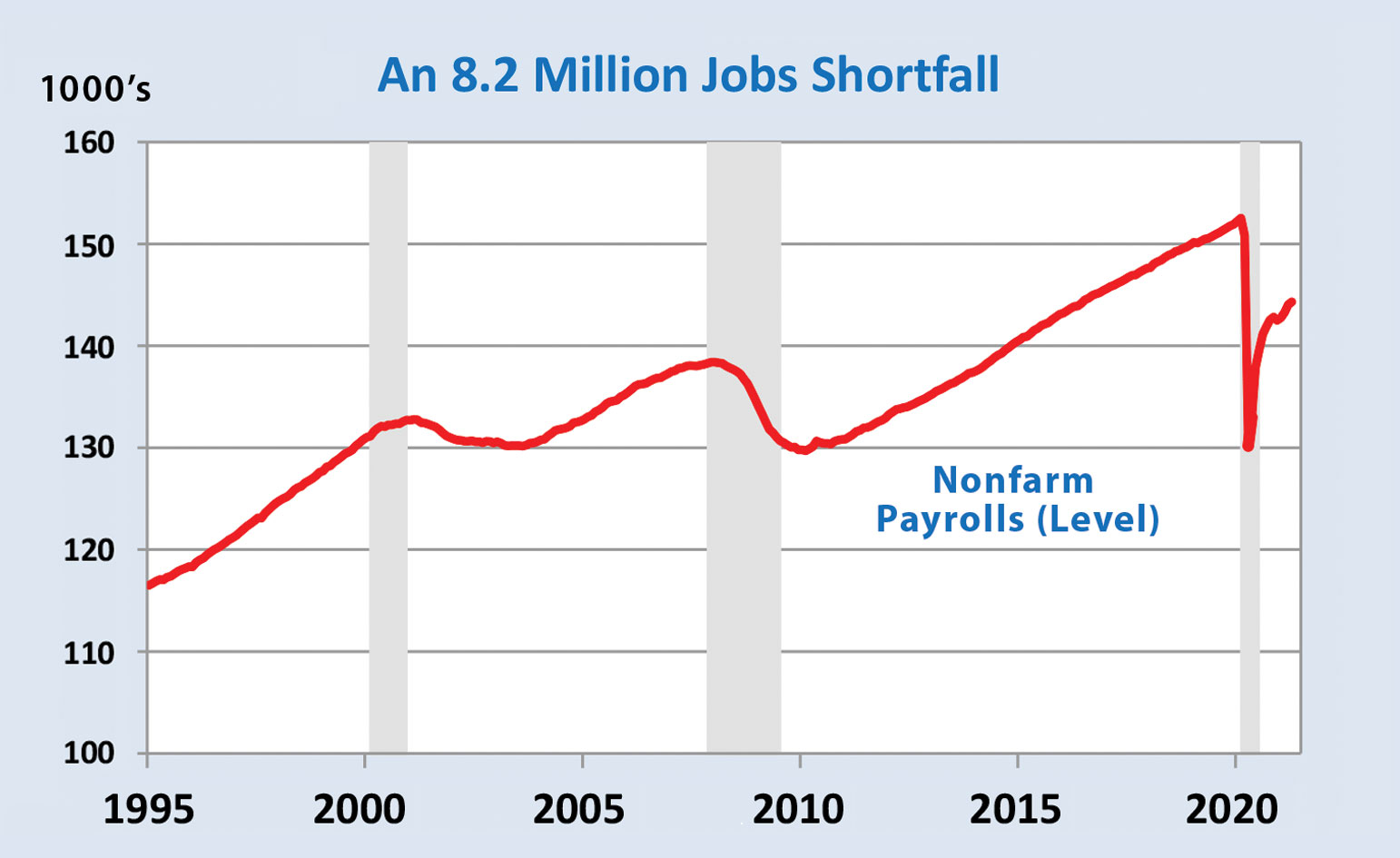 pressures. Consumers are shifting their purchases from goods to services, where the biggest restraint on service providers is finding workers. But with broader vaccination coverage – over 60 percent of the adult population has received at least one shot – health concerns that are keeping people out of the workplace are receding. And as schools more fully reopen, childcare requirements that have kept parents at home should become less of a restraint. Most of the 8.2 million shortfall in jobs are low-paying ones in the service sector, which validates the Fed’s claim that the labor market recovery is still incomplete and certainly not inclusive. It also validates taking the risk of letting the economy run hot for a while even as inflation picks up. Let’s hope that the cost of higher inflation isn’t too high. 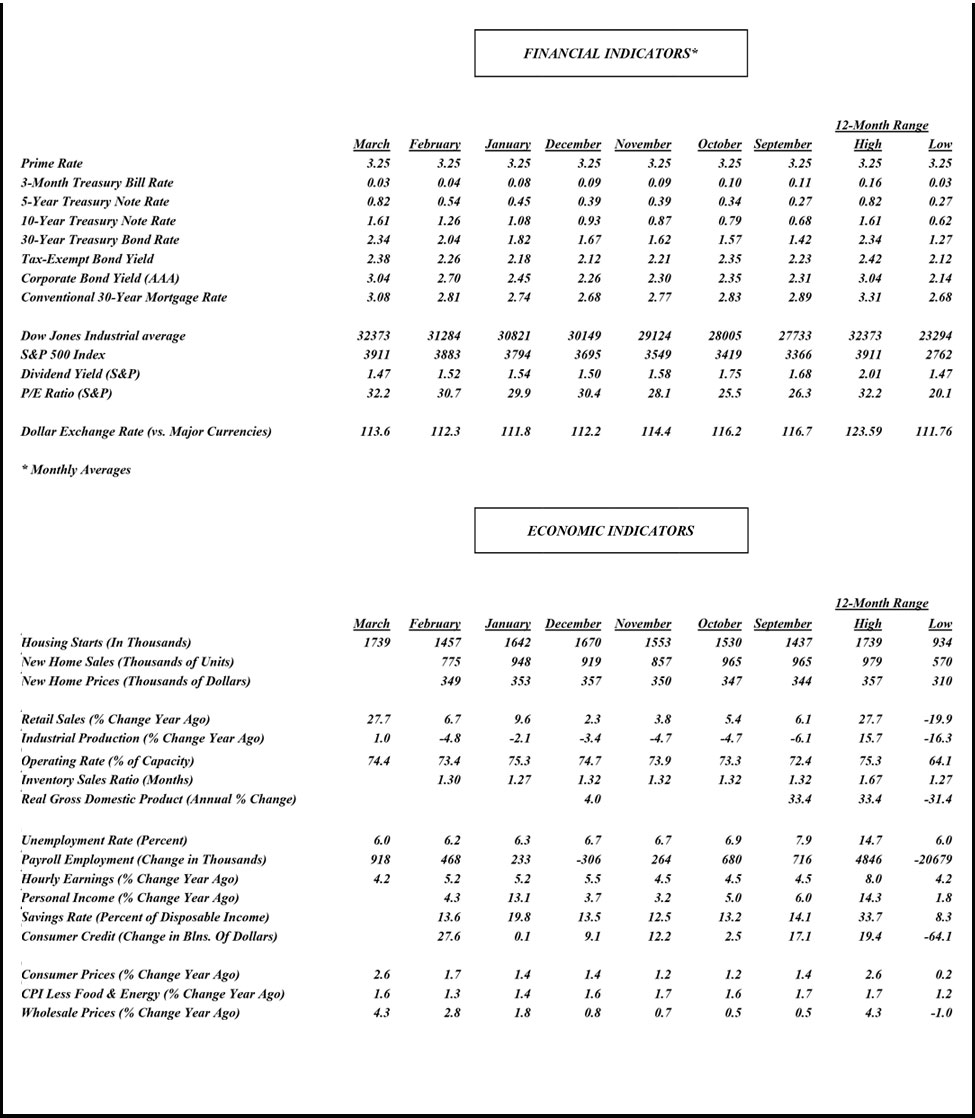