Slamming On the Brakes: Is a Crash Ahead?

Alarms warning of a recession ring louder with each rate hike by the Federal Reserve. So far this year, there’s been plenty – five since March and still counting. Following the last three jumbo-sized 0.75 percentage point increases, the Fed’s benchmark short-term rate now stands in a range of 3 – 3.25 percent, which is well above the 2.5 percent peak reached during the last tightening cycle, spanning the pre-pandemic 10-year expansion. But the previous rate-hiking campaign, which began in December 2015, took three years to accomplish, including more tempered quarter-point increments. This one has been faster and far more aggressive than any since the 1980s. 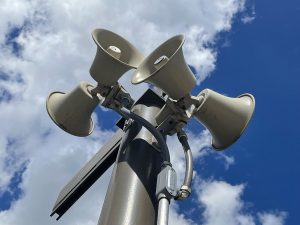 The policy-setting meeting on November 1-2 will likely produce another outsize increase and sound the recession alarm at an even louder decibel. Still, the Fed has little choice, as the pressure to curtail raging inflation has become its top priority. One of the greatest fears of central bankers is losing credibility that it has the resources and willpower to keep price increases under control, which under the current regime, means a stable 2 percent inflation rate.

Once the public loses faith in the Fed’s anti-inflation commitment, the dynamics underpinning price-setting arrangements fall off the rails. Consumers alter spending behavior, accelerating purchases to beat price increases, which defeats the Fed’s aim of cooling demand. Workers, in turn, are emboldened to demand higher wages to recapture lost purchasing power, spurring employers to raise prices further to cover rising labor costs. As these dynamics change, the Fed’s task becomes much harder, prompting it to take even harsher measures to bring inflation under control.

The good news is that for the most part those dynamics have not come into play. At least not yet. There are no signs of consumers pulling forward purchases to beat price increases; if anything, they are trading down whenever possible, substituting cheaper for more expensive purchases. Indeed, household inflation expectations have actually declined from their peaks, according to several measures. And while wage growth has accelerated, worker pay is still lagging inflation, providing less pressure on employers to raise prices.

The reason prices continue to rise faster – and sustain healthy profits – is simply because companies on the whole are not losing sales. Hence, the Fed feels compelled to curb demand and undercut this pricing power. Fed Chair Jerome Powell has acknowledged that this will cause some pain to the economy. But knowing how much pain to inflict to rein in inflation, and knowing when to stop before the cure becomes worse than the ailment, is another story.

One of the more perplexing features of the current inflation upsurge is that households and investors don’t believe it will stick around over the longer term. That’s not to say Main Street and Wall Street are in a forgiving mood. Households are clearly angry over skyrocketing gasoline prices, grocery bills, housing costs, and most other expenses, and their downbeat mood might very well influence the midterm elections.

On Wall Street, investors have dramatically repriced what they think securities are worth. To compensate for eroded purchasing power, they are demanding much higher yields on bonds than a year ago. That, in turn, has made interest-bearing assets relatively more attractive compared to stocks, contributing to the dramatic plunge and heightened volatility in the equity market so far this year.

Despite the public’s angst and the return of the “bond vigilantes,” there’s no sense that the public expects the present inflation scourge to become permanently entrenched in the economic landscape.

Two respected surveys of households reveal a sharp decline in inflation expectations over the next 3-5 years, winding up at under 3 percent, close to historical trends. In the financial markets, a widely-followed gauge, the 5 year/5 year forward rate –which reflects what investors expect inflation to be 5-10 years down the road – stands at 2.40 percent, hardly alarming and also close to its historical trend.

No doubt, anchored inflation expectations give the Fed some comfort and the flexibility to take less drastic measures than would otherwise be the case. But patience is running thin as the latest inflation readings are still coming in way too high – an annual rate of 8.2 percent in the headline consumer price index, and a 40-year high of 6.6 percent, excluding volatile food and energy prices.

The Fed monitors another inflation gauge that tracks a bit slower than the CPI, but that too is still running well above its 2 percent target. Not only is the overall inflation rate too elevated, it is broadening out to include an ever-widening swath of goods and services that consumers buy on a daily basis. The question is, if inflation has been so persistent, why hasn’t it had a deeper impact on expectations?

There is no simple answer to that question, but several possibilities may be playing a role. For one, the inflation spike is relatively recent, following nearly three decades of super-slow price gains averaging around 2 percent since the early 1990s. If anything during this period, fears of deflation were more prevalent than that of high inflation. Indeed, the Federal Reserve had long struggled to lift the inflation rate up to its 2 percent target, not the other way around. The situation was particularly dire in 2015 when inflation turned negative over the first four months of the year, and the Fed was discussing the pros and cons of lowering interest rates below zero. Hence, that extended lowflation period may still be lingering in the minds of households and businesses, defusing the inflation fears that might otherwise be unleashed by the current inflation upsurge. 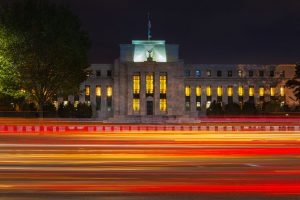 For another, it was widely believed that temporary forces were driving up inflation throughout most of 2021. Not only was the Fed clinging to that “transitory” narrative, but most respected economists also felt that once supply shortages and bottlenecks linked to the pandemic eased up, inflation would too. It was only late last year the Fed and others recognized that inflation was underpinned by more durable forces, which required a more urgent response than thought. The dramatic pivot away from a zero rate policy to the most aggressive rate-hiking campaign since the 1980s may well have restored the Fed’s inflation-fighting credibility, keeping inflation expectations in check.

Finally, while the Fed’s response may have restored its inflation-fighting creds, it also ignited another fear: that policymakers may overcorrect in the inflation fight and bring on a recession. Nothing is a more potent inflation-crushing force than an economy in the grips of a nosedive, with demand plunging, unemployment climbing, and businesses forced to hold the line – and even reduce prices to survive. Recent surveys indicate that most economists expect a recession to set in some time next year, a forecast that likely puts a damper on inflation expectations.

Just how long the public will remain sanguine about future inflation is an open question. Things would become particularly dicey for policymakers if inflation remains stubbornly high even as the economy heads into a recession. Then the Federal Reserve will have to make a difficult choice: keep its foot on the monetary brakes until the inflation genie is put back in the bottle, or pivot away from its rate-hiking campaign in order to cushion the downturn and limit the rise in unemployment.

If recent comments by Fed officials are any indication, the first option is the preferred choice, at least at this juncture. The logic behind this thinking is that causing some pain is necessary to reign in inflation. If workers become concerned over job security, they will temper wage demands and put less pressure on employers to raise prices. And by jacking up interest rates, the cost of purchasing big-ticket items – cars, appliances, and, most notably, homes, would become more expensive, resulting in the much-needed cooling off of demand. Finally, the Fed correctly believes that by inflicting modest pain on the economy now to restrain inflation, it would avoid more crushing measures later on if it allowed inflation to gain even more traction.

The risk, however, is that the Fed’s actions can inflict far more damage on the economy than it desires. Keep in mind that the rate-hiking campaign only began this spring and it usually takes at least a year for the full effects to wind through the economy. The initial rate increases are only now being felt, while the impact of the more recent aggressive hikes won’t be known until early next year. By then, households might be coping not only with high inflation, but also high borrowing costs, which is a lethal combination that will undoubtedly take a toll on consumer spending, the economy’s main growth driver. 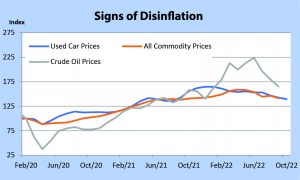 A good case can be made for the Fed to take its foot off the brake, and assess the impact its previous moves are having on the economy. The question is when? With all key inflation measures that the Fed monitors still running hot, the pressure to stay the course is clearly strong. Relax now, critics would say, and risk losing the hard-won credibility needed to keep inflation expectations in check. The time to pause is when there are at least several months of back-to-back declines in the inflation rate.

However, by looking in the rear-view mirror rather than the front-view mirror, the Fed might be blindsided by a fatal crash just ahead. The economy has not seen interest rates this high since 2007, and it’s unclear how well heavily leveraged households and businesses can hold up, particularly as jobs and incomes slow, and profits are squeezed.

The Fed might do better by looking at anecdotal evidence showing that price increases are already slowing – and even declining – in many areas, such as commodities, used cars, and even gasoline, suggesting that it’s time to consider dialing down its rate-hiking campaign. As one commentator recently noted, inflation is falling everywhere except in the data. 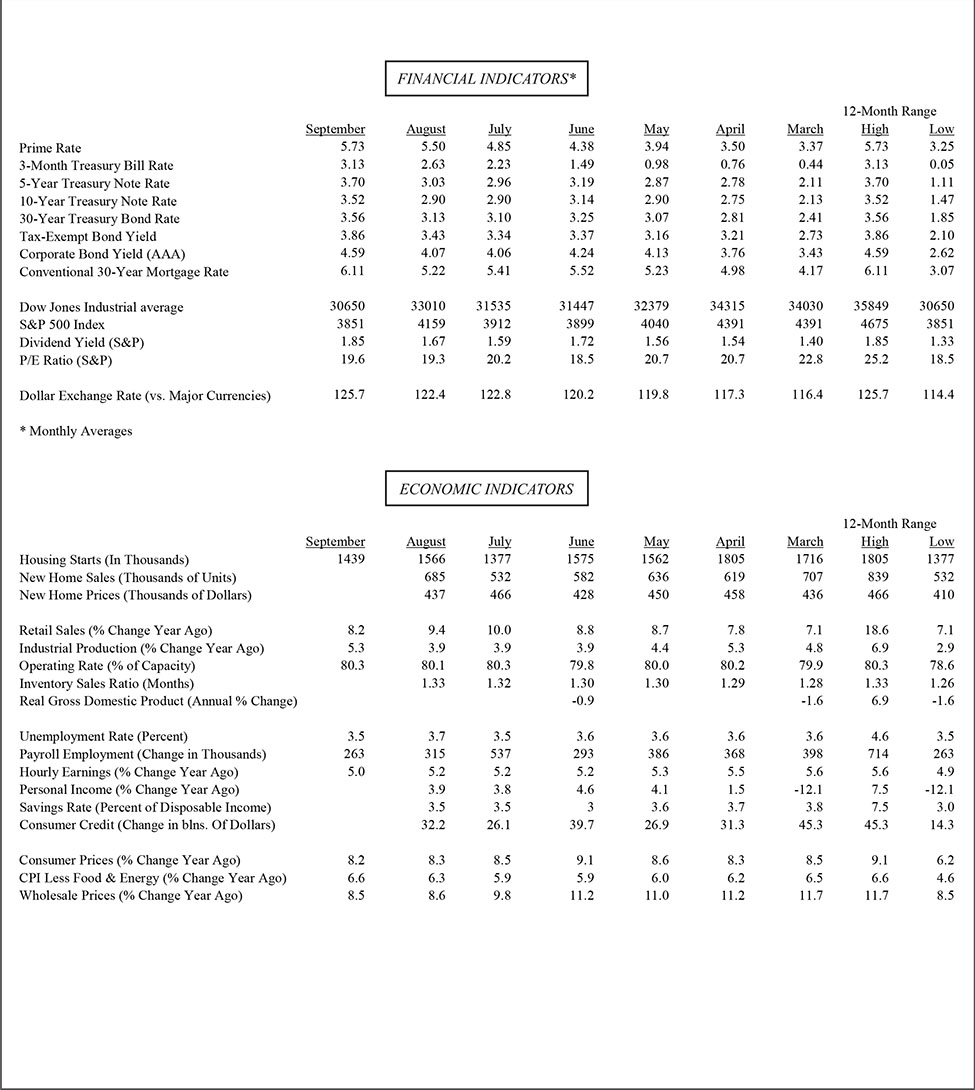