Don’t Rule Out A Soft Landing

In real estate, they say location is everything. In economics, timing is paramount. With prices rising at a pace not seen since the early 1980s, the Federal Reserve admittedly waited too long to start putting on the brakes, believing that the initial stage of the inflationary upsurge last year was transitory and would fade once pandemic-related supply disruptions cleared up. Unfortunately, the Fed also underestimated the strength of demand that was colliding with supply shortages, an imbalance that is still continuing.

Part of the blame can arguably be placed on Washington. Last year it doled out nearly $2 trillion of stimulus payments, which could not be spent either because households were locked into their homes or factories could not produce enough product to satisfy demand. Hence, consumers entered this year with bloated savings and enhanced purchasing power that is now being injected into a reopening economy that is still short of supply. To make matters worse, a robust job market and sturdy wage increases in are reinforcing the imbalance between demand and supply – and stoking inflation.

Not surprising, the Federal Reserve is now racing to catch up. The problem again is timing. Since it waited too long to start the process, it is now hiking interest rates more aggressively than it has in forty years. The aim is to curb demand just enough to allow time for supply to catch up. But monetary policy, as noted by Milton Friedman, affects the economy with long and

variable lags. Simply put, no one knows exactly when – nor by how much – the economy will respond to the rate hikes being put in place. More important, it is difficult to tell when the Fed should stop its rate-hiking campaign, which raises the prospect that the lagged impact may throw the economy into a recession before the Fed realizes it went too far. Economists believe there’s a 50-50 chance of a recession within the next 12 months, up from less than 20 percent before the Fed started raising rates in March. The good news is that if a recession comes, the economy has rarely been as prepared to deal with it as it is now.

Households Have A Cushion

The rampant inflation over the past year – with the consumer price index surging by a 41-year high of 9.1 percent in June – is sending shock waves through American families. In survey after survey, households complain that inflation is their number one source of anxiety. Paced by food, housing costs, and most notably, gas prices, just about everything in the basket of goods and services normally purchased by consumers have been skyrocketing. The increased cost of living is taking a toll on household spirits. By at least one widely followed survey taken by the University of Michigan, household sentiment has sunk to the lowest level on record.

It may seem incongruous at a time when job opportunities have never been more plentiful. Not only is the economy generating close to 400,000 payrolls a month, workers are getting the biggest raises they’ve seen in decades. But this is a good news/bad news story because those raises are being passed on to consumers in the form of higher prices. Hence, while workers are being compensated more generously, their bigger paychecks are not going as far. Still, that has not stopped them from keeping their wallets open. Consumer spending has held up well in the second quarter, punctuated by a stronger increase in retail sales in June than expected.

One reason that the inflation-induced plunge in sentiment and erosion in purchasing power has not stifled consumer spending yet, is that households are in pretty good financial shape to

sustain living standards – at least for a while. A look at collective balance sheets shows net worth is at a record high, boosted by appreciating housing and financial assets and relatively low debt burdens. Importantly, households retain ample liquid assets, with excess savings from  stimulus payments still amounting to around $2 trillion. Contrary to some reports, a good deal of those unspent funds are held by lower-income individuals, who are more likely to spend these funds than wealthier households. That reservoir of purchasing power should fuel the economy’s growth engine through the gathering headwinds.

Like households, businesses are also feeling downbeat about the economy. Small businesses in particular are expressing deep concerns, with the small business optimism index reported by the National Federation of Independent Businesses falling to an eight-year low. Not only are they complaining about higher costs for labor and supplies, small businesses are experiencing severe staffing problems, with one out of two business owners looking to fill open positions – and forced to offer better compensation to attract workers.

But just like households, businesses are not cutting back – at least not yet. Despite mounting woes on the cost side, revenues are holding up for both small and large companies. Business proprietor’s profits rose to an all-time high in May, extending an upward trend that was disrupted by on-again, off-again government subsidies during the pandemic. Larger corporations also report sturdy profits, reflecting strong pricing power that will enable them to pass through escalating costs.

Business balance sheets are also in good shape to weather adversity. Although corporate debt rose to a record high of $12 trillion in the first quarter of this year, up from $10 trillion at the

end of 2019, debt relative to corporate profits fell from 4.9% to 4.3% and companies have a record cushion of liquid assets to cover interest expense and short-term obligations. They also took advantage of historically low interest rates in recent years to refinance outstanding higher-yielding debt and replace short-term debt with less volatile longer-term obligations. Hence, they are much better insulated from the Fed’s rate hiking campaign, reducing the risk of default and posing less of a threat to the banking system during a recession.

Clearly, if feelings and actions were aligned, the economy would already be mired in a recession, brought down by the deep pessimism expressed by consumers and businesses. In fact, some believe that one has started, reflecting weak readings in some economic indicators. Housing activity, for example, has plunged in recent months as the steep increase in mortgage rates spurred by the Fed’s actions together with record-setting home prices has taken a big toll on housing affordability.

Indeed, the monthly mortgage payment on a median priced home has increased by $700 or 56 percent since the start of the year, pricing millions of buyers out of the market. Not surprisingly, in June, home sales plummeted, with transactions for previously owned homes sliding to the lowest level since the worst months of the pandemic in early 2020. Builders are responding in kind, curtailing construction of single-family homes in June to the lowest level since mid-2020.

Ironically, the slump in home sales and construction is actually adding fuel to inflation, as people who can’t afford to buy are forced to rent. That, in turn, is driving up rental and other housing costs, which carries an outsized one-third weight in the consumer price index. Rents are increasing at the fastest rate since the spring of 1986, climbing nearly 6 percent in June compared to the same month last year. But whereas builders of single-family homes are cutting back in response to weaker sales, construction of multi-family homes, mainly apartments, remains strong as high rents are encouraging builders to bring more supply to the market. This expansion in apartments should eventually slow the rise in rents.

With unemployment still historically low and price increases raging ahead, the Federal Reserve has no choice but to keep raising rates until supply is brought into better balance with demand. The challenge is to decide how high rates should go before it sends the economy into a downward spiral and causes massive layoffs. The trade-off between inflation and unemployment has always been a difficult choice for policymakers, and this time is no different.

The decision to front-load aggressive rate hikes is aimed at avoiding even steeper increases later on if inflation becomes more entrenched, something that would cause more damage to the economy and the job market than is currently envisioned. No doubt, the Fed still has work to do, and the rate hike at the July 26-27 policy meeting will not be the last. Even after the increase, the Fed’s short-term policy rate will still be historically low relative to inflation and, hence, behave more like a stimulus than an impediment to demand. The gap can be narrowed in two ways – through still higher rates or lower inflation. The faster inflation recedes, the less the Fed needs to raise interest rates.

Odds are, inflation will stay elevated at least through September, boosted by rising housing and labor costs, meaning that further rate increases would be needed to bring policy closer to neutrality. But the peak of inflation should not be much higher than it is now, and price pressures are poised to ease later in the year and early 2023 as the demand boost from excess 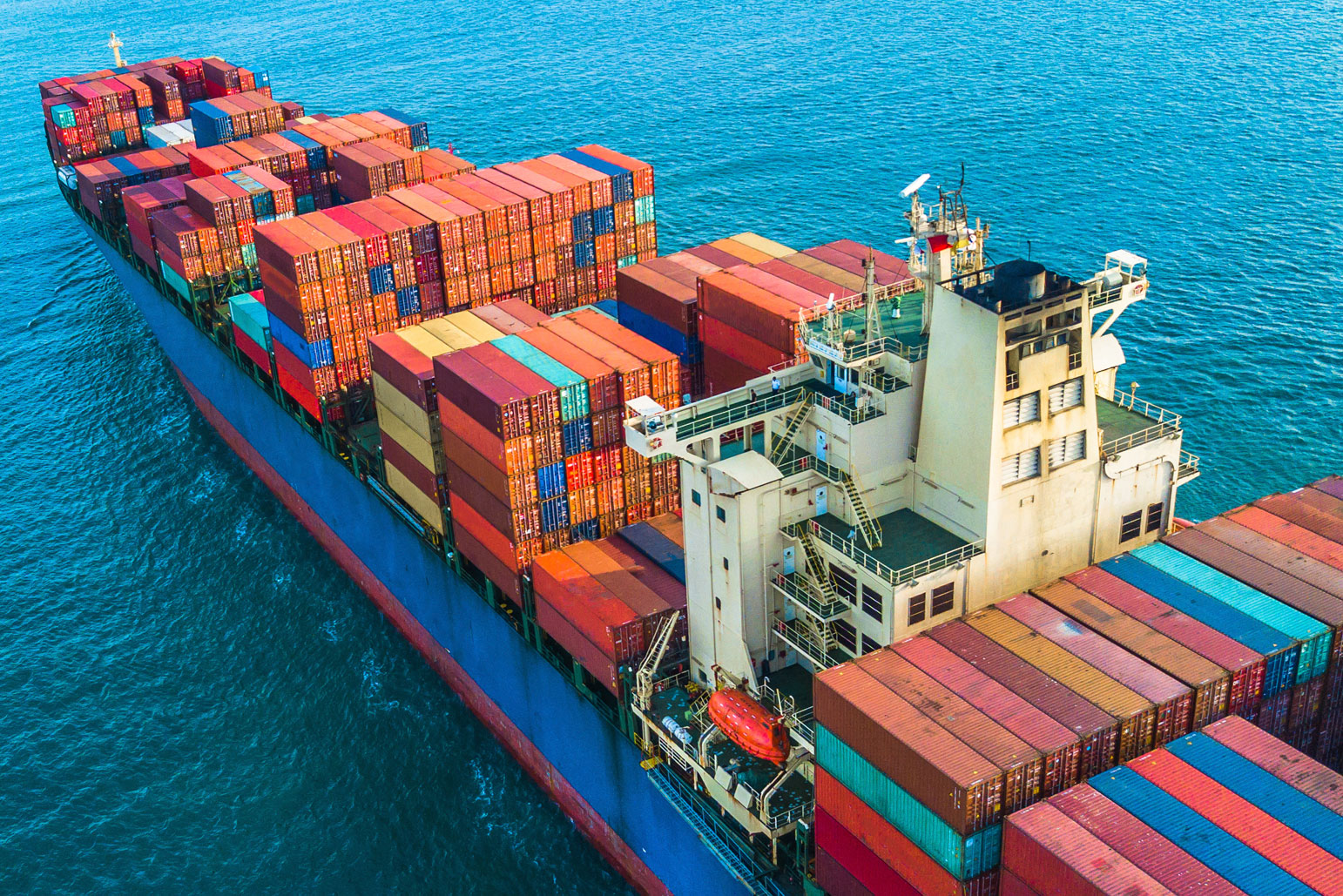 savings and robust job growth fades and business pricing power weakens. With supply-chain disruptions starting to ease, with shipping logjams clearing up and freight charges coming down. Energy prices are also slipping, owing to reduced demand that is offsetting oil shortages linked to the war in Ukraine.

Taken together, this confluence of forces should allow the Fed to slow its rate-hiking campaign later this year, upping the chances of achieving a soft landing. While it may go too far in applying the brakes, as it has in the past, the healthy balance sheets of households and businesses should limit the damage and keep any recession on the mild side. 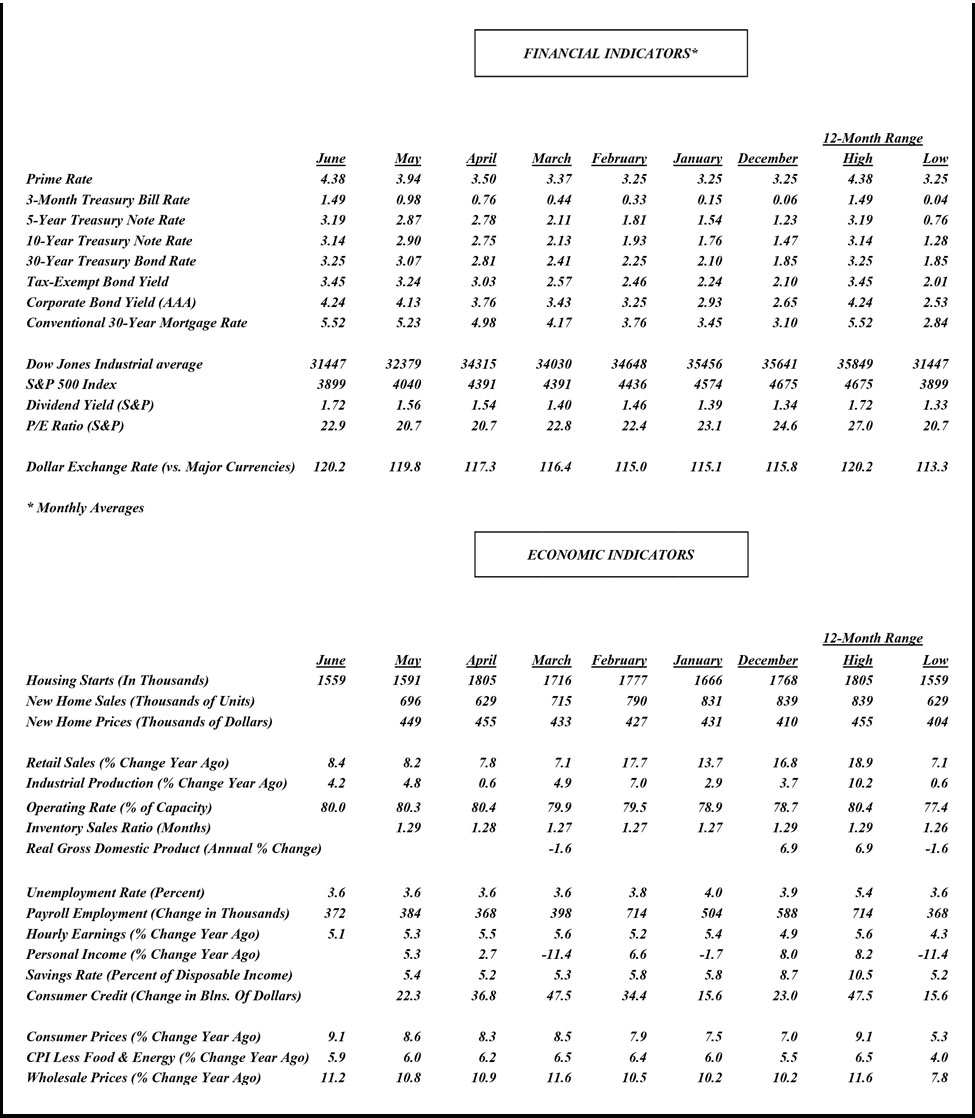