Get to know our leadership team.

Our senior management team brings decades of experience in financial services and a passion for creating solutions for customers. 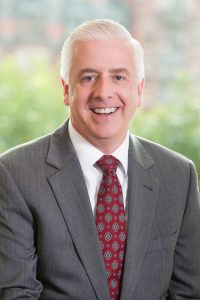 Mr. Fess joined Brookline Bank in May 2010 as Vice President. In August, 2011, he was promoted to SVP, Division Executive, Commercial Real Estate Lending and became President & CEO of Brookline Bank on September 21, 2016. From 1998-2010 he was a Senior Vice President in Commercial Real Estate Lending at Wainwright Bank & Trust Company serving as a member of the management committee responsible for strategic planning, new business development, and sales process improvements. Prior to that, from 1991-1997, he served as an Assistant Vice President at Grove Bank in Chestnut Hill until its acquisition by Citizens Bank, where he was also an Assistant Vice President from 1997-1998.

Mr. Fess holds a Masters of Business Administration from Providence College in Providence, RI and a Bachelor of Arts in Economics from Boston University. Mr. Fess is also a graduate of the American Bankers Association Stonier Graduate School of Banking.

Mr. Fess serves of the Board of Directors for Supportive Living Inc., a nonprofit based in Woburn dedicated to supporting survivors of brain injuries. 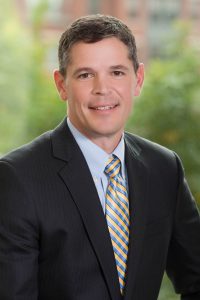 Mr. Brown serves as Brookline Bank’s Executive Vice President and Division Executive of Commercial Real Estate. Bob joined the Bank in October 2010 and was a SVP, Team Leader of CRE Lending prior to assuming his new role. Prior to that, he was a SVP and Market Manager for KeyBank’s CRE Income Property Group.

Bob is currently on the Board of the Real Estate Finance Association and is involved in NAIOP and RELA. Bob earned his bachelor’s degree in Real Estate and Urban Economics from the University of Connecticut and resides in Hopkinton, MA with his wife and three children. 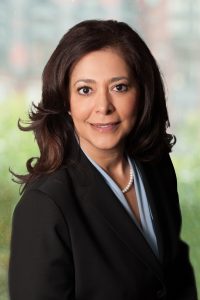 She serves on the Board of Directors of Operation A.B.L.E., which provides employment and training opportunities to job seekers from diverse backgrounds. Leslie holds a BA in Business Administration from the University of Central Florida and is a graduate of the American Bankers Association Stonier Graduate School of Banking. She resides in Franklin, MA with her husband. They have 2 grown children, and all are avid New England sports fans. 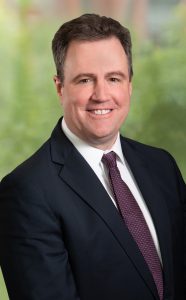 Mr. L’Heureux, Brookline Bank’s Executive Vice President of Commercial Banking, joined the Bank in April of 2019.  He has held several senior leadership positions in commercial banking at a leading global financial institutions giving him a robust knowledge of the New England market and expertise in capital structures, treasury management, interest rate and foreign exchange management, as well as international trade.

David is a resident of Burlington, MA, holds a BS in Business Administration from Merrimack College and an MBA in Finance from Bentley University.